As Sea of Thieves plows through closed beta, more and more players are being dropped into the deep end and left to fend themselves. But worry not comrades, we’re here to help you rotten land-lubbers get your sea legs!

Your first choice is to pick a ship, I hope ya’ brought yer friends! 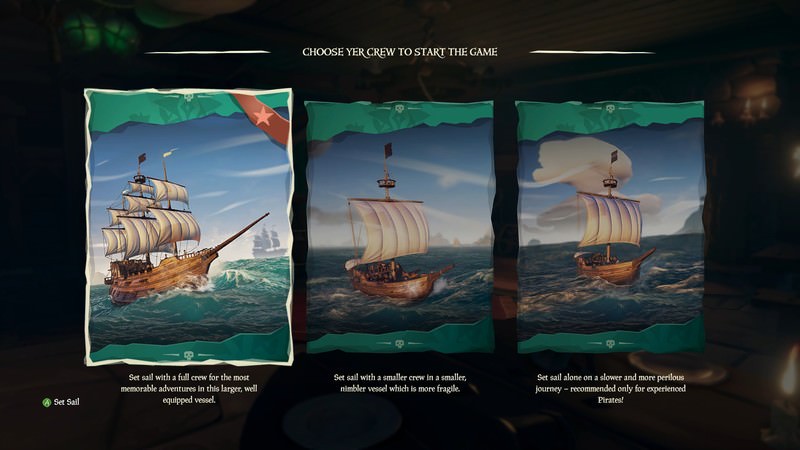 While this might not be the case in the full game, in the closed beta, you’re offered the chance to instantly jump into a game on a larger, four-player ship, or a smaller, two-player ship. You can even choose to captain the two-player ship by yourself, and it’s totally doable, but only recommended for more experienced players.

The smaller ships can turn on a much tighter radius to dodge incoming fire, but are much weaker in combat overall.

Your ship can and will get damaged; so keep bailing water with your bucket and have another crew member ready with wooden planks to patch holes in the hull.

Also be aware that communication is vital in Sea of Thieves. From navigation to repairs and combat, your crew needs guidance. Luckily, console players have a variety of emotes and generic comms callouts that they can call on in a pinch. 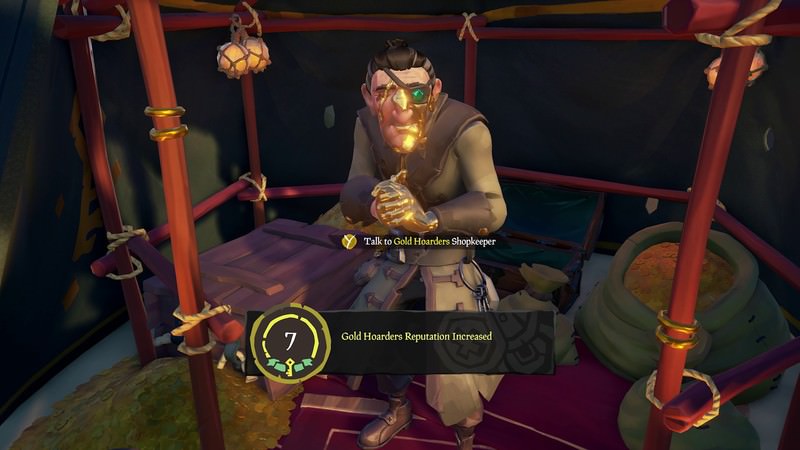 Sea of Thieves revolves around questing, much like any other online RPG, but here they work a little bit different. Sea of Thieves quests are called voyages, and must be purchased from the game’s various trade factions, who each have their own goals and interests. In the closed beta there’s presently only one trade company available, but Rare is going to add many more in future updates.

Once you have your quests, the crew must gather ’round that captains table to vote on which voyages to undertake. Yes, every major decision can be voted on, and of course, enterprising players could engage in a mutiny by voting the lock the captain in the brig and usurping his rule.

The first few quests will be easily completable fetch quests, but as you build your reputation with the various factions, expect more complex voyages complete with riddles and combat.

Use your map, compass and map table below deck to figure out your heading and direction. Most voyage maps and riddles tell you the names of the places you need to head to. 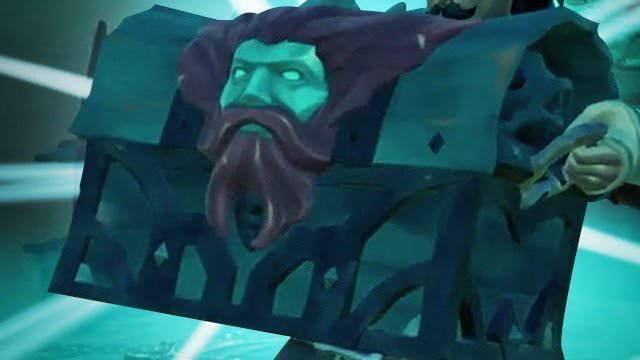 Pirates love gold, it’s no secret that your main drive in Sea of Thieves is to get filthy rich through plunder and booty.

The primary treasure you’ll find is through randomized loot chests found throughout the game world. Your voyages will often lead to buried chests that you need to return to the various in-game factions for a reward.

You can find chests in shipwrecks, in island caves, and by going on quests for the Gold Hoarders. However, during our time playing it seemed like the higher the level (and cost) of the Gold Hoarder voyage we took on, the more likely it was that we’d run into the Chest of Sorrow and other unique treasure chests.

How to Keep the Chest of Sorrow Happy

The Chest of Sorrow is one unique chest in the game that will constantly cry tears of seawater if it’s left alone. The only way to stop this, and stop it from sinking your ship, is to dedicate a crew member to playing music next to the chest.

You can do this by accessing your menu and selecting the concertina (looks like an accordion) or the hurdy-gurdy (looks like a strange violin). Sometimes the chest will stop responding to the music at all. I’m not sure if this is a glitch or a way to encourage teamwork, but if it happens just have another player take over music duty and it should stop crying again.

When you start to play a song, you have to make sure it’s one of the slower tempo minor key songs for the chest to stop crying. If you start playing a faster one, just let go of the play button and press it again, and you should switch songs.

All of this effort will reward your crew with much more valuable loot than any other common chest. 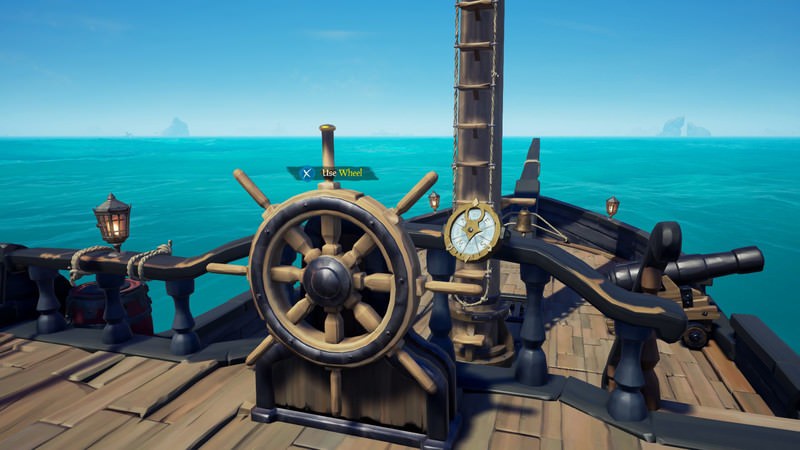 Sailing in Sea of Thieves can be a daunting task to understand at first, but once you get the hang of it you’ll be sailing circles around every salty crew.

The wheel needed to raise the anchor is located at the front of the ship (the bow), just behind the first set of sails. You raise the anchor by interacting with it and do the same in order to lower it.

The more crew members that are helping to rotate the wheel, the faster that the anchor is raised. In times where you need to quickly make an exit, it is therefore advantageous to have as many people raising the anchor as possible.

There’s no need to worry about spontaneously dropping your anchor, as swiftly sending it plummeting towards the ocean floor won’t damage your ship.

The biggest concern comes with raising and lowering the sails. Pay attention to the wind direction (little white wisps) and the communication from your crew. Change the angle of the sails using the ropes on both sides of the ship. The more wind in your sails, the faster you’ll go.

If a crew member goes overboard and the ship can’t stop and wait for them, they should look around for blue smoke rising from the seas. That marker will lead to a Mermaid. When you interact with it, this Mermaid will take you back to your ship, so you needn’t worry about being left behind. The Mermaid appears with a bright light above it, so you can even spot it in the dark.

If you die, you end up on the ferry of the damned with other dead players. You can chat for a bit, but soon you’ll be allowed passage back into the realm of the living.

In combat, you can block with the left trigger on Xbox, and do a charge attack with the right trigger. Enemies are typically easy to dispatch when alone, but in groups, they can be pretty deadly.

Check the water around islands for shipwrecks and other treasure spots, but be on the lookout for sharks.