Monster Hunter has always been a hugely popular franchise in Japan. Monster Hunter World looks to bring some of that popularity to the West with a major revamp of the franchise mechanics, as well as the first PC release for the series. Let’s dive in to see what this new game can do. 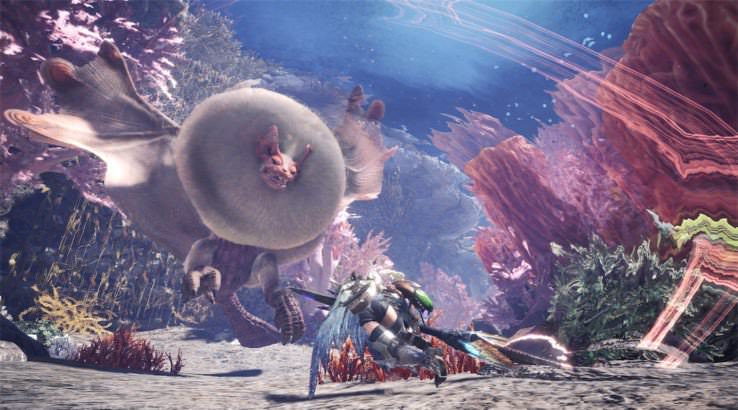 One of the big focuses this time around lies within the increased variance and unique features of the environments, as well as the flora and fauna the player will encounter. Capcom worked extremely hard to make each area and the monsters contained within more unique and distinguishable. Overall, I feel as though they did quite a good job both in designing these systems and in their final execution.

The designs for the beasts are varied and impressive, so that no two monsters feel the same. They all have their own quirks and abilities to take into account, ensuring that every hunt feels unique and forces players to switch up their strategies if they want to remain successful.

Systems like the Scout Flies are a great addition. The AI has been improved by such leaps and bounds that when it’s combined with the artfully designed monster and combat mechanics, the hunts in the game take on an almost dance-like feel. Knowing the strengths and weaknesses of both the beasts and your own gear is vital to success.

The glut of weapons and other item types is an entire level of depth that some players won’t even touch. It should be obvious, but the prospective re-playability is vast in MHW. And that’s not even counting the interlocking stats and systems governing character progression and specialization.

The various game mechanics that are designed to support the primary goal of monster hunting are well-balanced. The near-endless customization and the variety of ecosystems all mesh together into a living world that sucks the player into its gaping maw, only spitting them out when the game is done beating you down. It’s quite an achievement that the first Western console release for the series since the Wii is so thrilling.

It isn’t all sunshine and bloody rainbows, there are some niggles with performance that need to be addressed.

There is a sort of favoritism at play, or at least that’s true as far as we can see. The PS4 Pro experienced less performance and matchmaking issues, and also had more testing in Beta. It seems like the Xbox One versions were a bit of an afterthought. This could be due to the fact that Xbox platforms have long had poor sales in Japan, so many developers and publishers don’t bother pushing versions of their games for that platform. Not a good sign for some fans, so it’s worth bringing up here.

Aside from these issues with console FPS, the gameplay itself is entertaining.

The actual hunts themselves rely on a selection of mechanics to first find their quarry; and once you engage in battle, the visual indicators of damage are your only clue to how well you’re doing on this hunt. Once you’ve felled your enemy, you’ll get a reward both for the quest itself and whatever you can harvest in materials from the beasts themselves. You’ll need to use these items to craft better gear and weapons over the course of the game. Remember that chewing up and spitting out I mentioned? It’s this deceptively simple gameplay loop that does that.

Palicos, which are essentially talking cats, are definitely a highlight of the Monster Hunter World experience, and lend plenty of charm to the game. Not only are players tasked with creating their own hunter at the start of the game, but they are also given the chance to customize and name their Palico as well. For some players, the result is that they will find themselves more attached to their Palico than they would be otherwise.

The story itself is kind of lacking in depth, which is surprising given the depth of mechanics at work here. Hunting a migrating Elder Dragon is cool and all, but it feels a bit samey after hours doing basically the same thing. If you’re not a fan of repetition, MHW might feel a bit worse for you. But if you like trudging through endless biomes hunting the same damned monster bone for the fifth time, then MHW has all you’ll ever need.

And even though grinding is an inescapable aspect of the game, Monster Hunter World does all it can to make your time feel well spent.

All of the time spent hunting and gathering materials to craft the endless number of armor sets and weapons doesn’t feel like a soul-crushing grind, and that’s quite an accomplishment. That time will often be spent with your jaw on the floor though as the in-game environments are beautiful and wonderful to behold. MHW is one of those games that you’ll constantly notice new details in, even on your third time through. 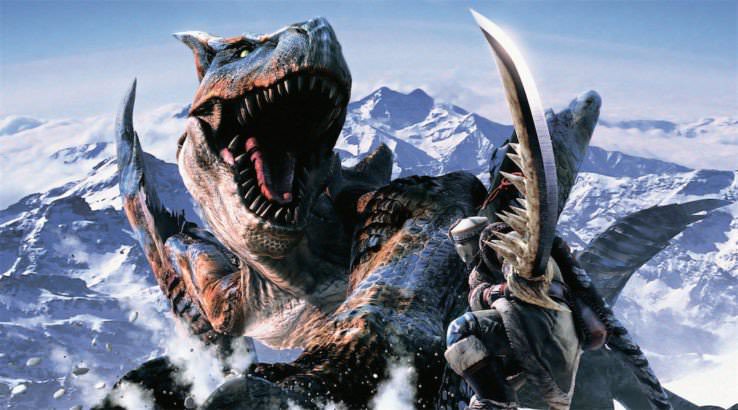 We’ve seen reports of performance issues for some users, with frame drops during high-action scenes or when first loading maps. We did see some of this, but it’s playable for a console release. We tested on a PS4 Pro, so it feels like that’s the preferred way to play if you’re looking at getting the title on a console.

Let’s talk a bit about performance and the tech MHW uses to understand what you can expect.

Monster Hunter World’s engine uses a method of temporal reconstruction on all consoles. The standard PS4 runs at 1080p vs 864p on Xbox One. Both shoot for around 30fps, but drops are very common. On PS4, the frame-rate hovers around 26-30fps, whereas on Xbox One, you’re looking at 24-26fps. In some rare cases, PS4 can go slightly above 30fps, but Xbox One cannot.

On PS4, and Xbox One X, the game features three modes, one prioritises resolution, another graphics, and the third shoots for best performance. When prioritising resolution, PS4 Pro runs at 1800p using checkerboard rendering, compared to a native 1720p on Xbox One X. Because of World’s reconstruction method, the Xbox One X version ends up looking sharper in motion.

It’s these performance issues that are my first major gripe with the game. The second issue was encountered with matchmaking while testing multiplayer. I encountered issues connecting to games about half of the time. It isn’t a huge problem that multiplayer has some issues, given that Monster Hunter World is primarily a singleplayer game, but it’s always worth mentioning when an issue is present in a popular release like this.

Once I got into a game though, there were only a few issues with lag in high-action scenes.

It’s also worth mentioning that Xbox One users are also reporting similar issues with finding multiplayer games and connecting to them. We hope these issues clear up soon.

As a gameplay experience, Monster Hunter World maintains much of the complexity, even to a degree of its own detriment. The tutorials for using different weapons are very meager. There are written tutorials that you unlock throughout the game, but you have to complete certain objectives first, so they feel a bit unhelpful at times.

I bought the base $59.99 edition, and I’ve already burned through several dozen hours; so based on a pure time spent metric, I’ve gotten my moneys worth. And that’s just on a single quick playthrough for this review. I’m going to be spending a lot of time playing co-op with friends of mine.

I’m a huge fan of deeply complex Action-RPGs, and a deep gameplay loop of hunting and crafting the best gear is my personal drug due to how much I love in-game crafting systems. That feeling of succeeding at finally getting a rare material after hours of monster slaying can’t be beat in my book.

Even in you’re a newcomer to Monster Hunter, MHW is a decent start for you. I’d recommend taking it slow and spending some time trying out different weapons to find the style that best suits you. Not everyone will enjoy this game, as it’s certainly not “my first Monster Hunter”, I’d urge you to try it anyway. It’s absurd and gratifying to an insane degree.

Monster Hunter World is available now for PS4 and Xbox One, with a PC release planned for later this year. Game Rant reviewed the game on Xbox One.

Monster Hunter World being the latest game in the Monster Hunter franchise has a wealth of development and design experience to draw from. But it also has a very stringent set of expectations to live up to. Does it manage to pull off what it sets out to do? Let's find out.As the deceptively simple core mechanic of hunting monsters has been thoroughly refined at this point in the franchise, it's hard to imagine that Capcom could screw this up.Not only is the game beautifully designed and executed, the flora and fauna are equal parts intimidating and interesting. The wealth of variance in the game overall definitely shows that Capcom have worked hard to create a game world that players will love to explore.The secondary mechanics revolving around the companions and crafting systems are extremely deep and I could easily sink dozens of hours into perfecting the exact setup that I want. And I plan to do just that once the PC version releases.The co-op experiences on consoles need a bit of work, but once you get a party together, there's little standing in the way of you and your friends burning an ungodly amount of time hunting and exploring together.Overall, Monster Hunter World is a definite buy for both established fans and players looking to jump into the series for their first adventure.