Capcom has announced a new Collector’s Edition for the Resident Evil 2 remake currently due out in January 2019.

The Resident Evil 2 Collector’s Edition will only be available in North America, and it’ll cost players $199.99. It’s also available for pre-order right now, only at Gamestop. 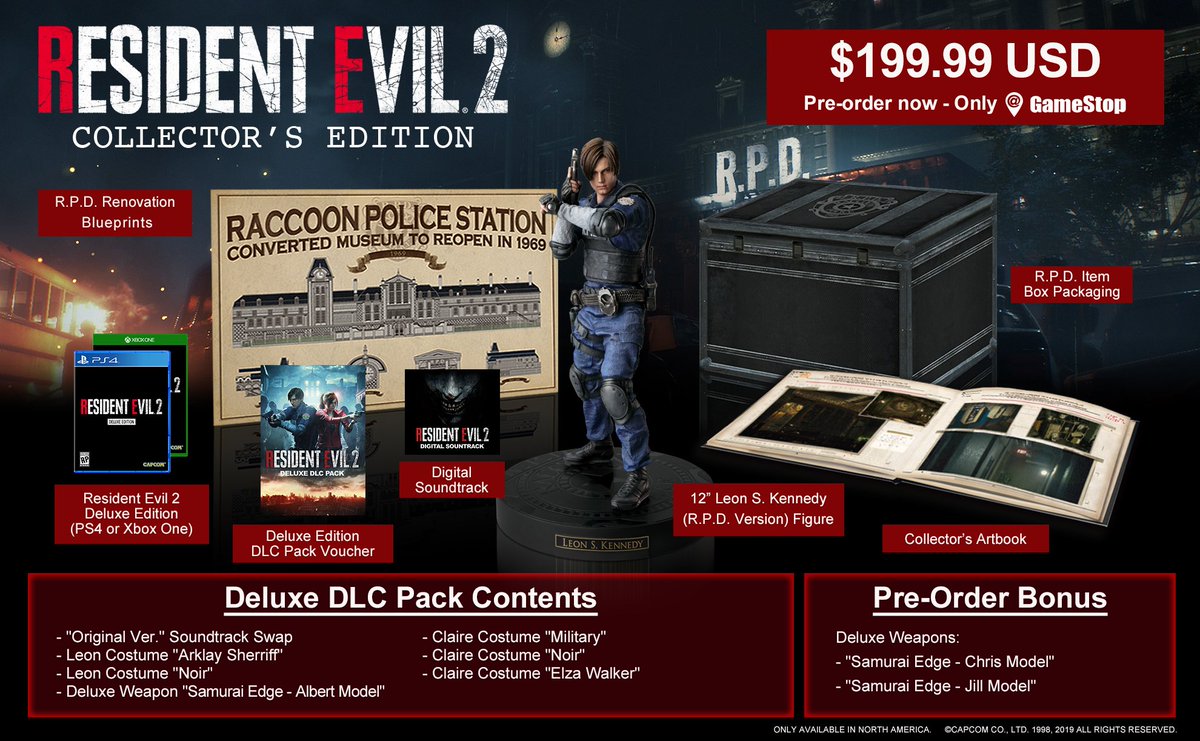 The new Resident Evil 2 Collector’s Edition is slated to include the deluxe version of the game for either PlayStation 4 or Xbox One, and code to redeem for some in-game DLC.

Players will have an option to swap to the “Original Version” Soundtrack as well.

Players are also entitled to rewards if they pre-order the game. If people commit to a copy from GameStop or EB Games in advance, they will get two Deluxe Weapons. They are the Chris Model Samurai Edge and the Jill Model Samurai Edge.