Niantic is going all-out trying to get people playing Pokemon Go this summer. There’s another new event headed for the mobile AR game in the form of Zapdos Day. On July 21, Pokemon Go players will have the chance to take part in special Raids to capture both regular and Shiny variants of the legendary lightning bird.

There’s a catch though, players have to satisfy Professor Willow’s Global Research goals to unlock the event first. This weekend, thousands of players will be scrambling to complete capture and transfer goals to unlock the Raid event on July 21. Those Challenges unlock on July 14, and if the events are completed, the window will open on July 21 for players to capture the special Zapdos for a few hours.

And aside from the nostalgia factor, there’s a pretty good reason to try and catch these powerful Pokes. Zapdos is one of the more powerful Electric type monsters in Pokemon Go, and as a class, Electric-type have the potential for some very strong DPS. The right ability combination with Electric moves like Thunder or Zap Cannon can make a crucial difference in terms of DPS over other moves. In short, Zapdos is one of those Pokemon that is an arguable must-have for any well-rounded team. 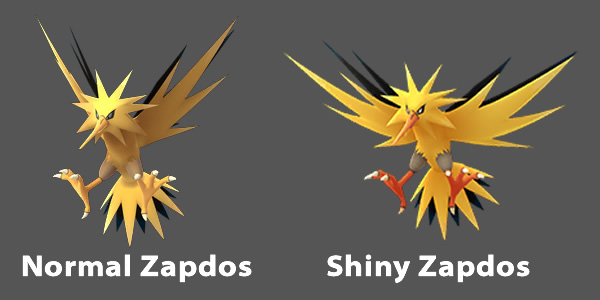 But a special Legendary isn’t the only thing being teased in Pokemon Go this week. As the nearly constant stream of events after the game’s second anniversary gets going this summer, Niantic is seemingly working behind the scenes to add future generations to the game. A lot of players are anxious to see when Gen 4 will be added to Pokemon Go. Niantic hasn’t made any official announcements about Gen 4 just yet, but the inclusion of  Turtwig, Chimchar, and Piplup in this art definitely feels like a hint.

Datamining efforts did uncover a bunch of other roster additions, so Niantic is definitely working on it. We’ll just have to wait and see what happens next.

Here’s a look at the tweet and the art in question:

From the first Pokémon you encountered to your first #PokemonGOfriend, we’ve enjoyed watching all of your amazing Pokémon GO journeys unfold for the past two years. What are some of your most memorable Pokémon GO experiences? Tell us in the comments! pic.twitter.com/IAU7Bvg5uK

At this point, it’s important to keep in mind that no Gen 4 code has actually been uncovered in the game at this point. But when they finally do get announced, expect the new additions to be released in waves, with the most powerful ones being unique to Raid and other events.

Pokemon GO is available now in select regions on Android and iOS devices.

In other Pokemon news, there’s a bunch of new trailers for the Switch games Let’s Go, Pikachu! and Let’s Go, Eevee! Check them out.