The company as a whole reported a massive profit of 226.4 billion yen ($2 billion). This total is 180 percent up from the previous year. Overall, Sony brought in 1.95 trillion yen ($17.4 billion) as gross revenue.

As for the games division specifically, PS4 sales are slightly better than expected, with Sony having sold 3.2 million units during the first quarter — which is roughly in line with the 3.3 million units its shifted during Q1 2017. Such a decline is pretty normal given the maturity of the platform as a whole.

The company’s forecast for the full fiscal year for the Game & Network Services segment, which combines PlayStation and PlayStation Network, shows a more ambitious plan for growth in that sector. Sony makes a prediction for shipments of PS4 units that they’ll be able to shift 17 million units, significantly higher than the last forecast of 16 million. This would bring the grand total to 96 million units by March 2019.

The forecast for both revenue and income has also been significantly increased.

Those who are interested can check out snapshots of the Sony financial report down below. 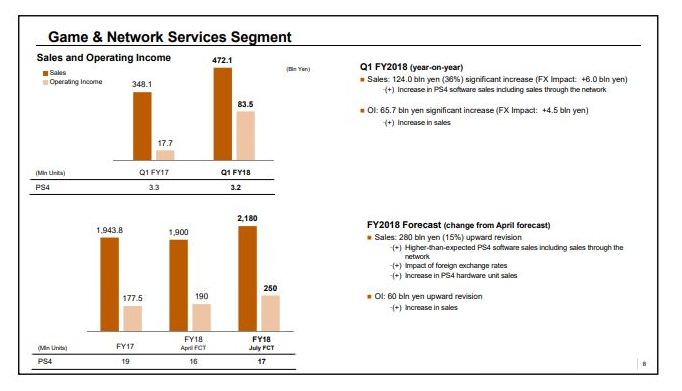 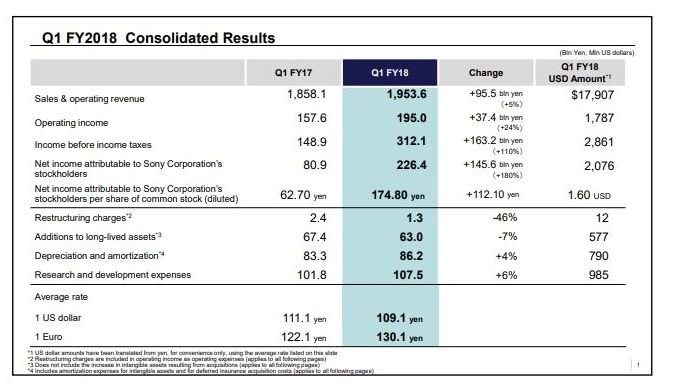