We have been working on a new way to install and update the EVE client, and are now ready to give you a preview of a brand new launcher.

How is it different?

The patching mechanism is simpler

This should result in fewer cases of failed patching. We no longer rely on HTTP 1.1 and ranged gets – files are simply downloaded as a whole. We are also planning on doing more diagnostics in the launcher to help identify connection issues.

It checks the status periodically

You can leave it running past TQ downtime and it will refresh automatically – not just on startup.

It supports launching against test servers 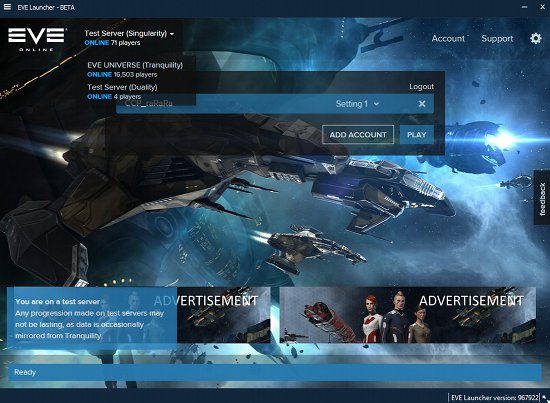 For each client you launch, you can select a settings profile. This is somewhat simplistic, though – really all that is happening is you are selecting a settings folder to use for the client. 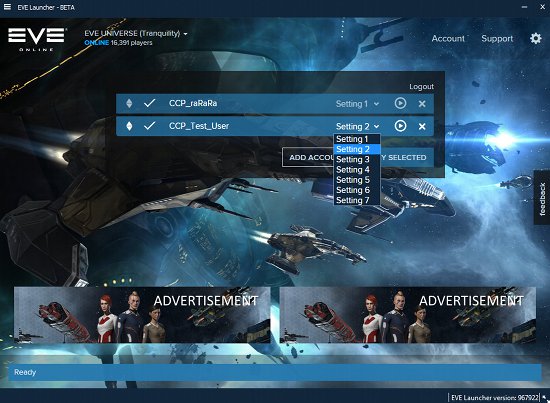 You can set up logins to multiple accounts, and then launch multiple clients with one button click. The logins can be remembered between sessions if you want.

The launcher also keeps track of clients it has launched so you won’t accidentally launch on an account that is already logged. You can switch focus to any running client from the launcher, or close it down. 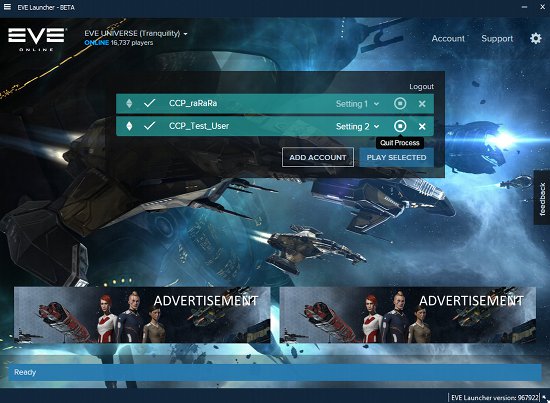 It has functionality to maintain the shared resource cache

Verifying, purging extra files and downloading the full resource cache are all handled by the launcher. You can also move the cache to a different location.

You can select to run clients with logging, making it easier to gather logs for bug reports.

When can I try it?

To begin with we’ll offer this new launcher as an alternative to the current one. It is still in an early state and we want your feedback before we commit to switching over. The current launcher will continue to be offered until we are fully confident that the new launcher provides a better experience for all players.

What about my settings?

As of yet, we do not provide a path to migrate settings to the new setup. We do plan on developing a simple tool to help with migrating settings, though, so do not despair.

What about the Mac?

The Mac version is not available in this first pre-release, but we are working on it.

There are some challenges in maintaining an application that needs frequent updating, as the EVE client does. On Windows, the regular install location is under the Program Files folder (or C:\Program Files (x86) to be more precise). With UAC enabled (as it is by default), this folder is protected and you have to allow programs to make changes.

The new launcher downloads the binaries into the same location as the resources – the shared cache. The binaries for each server you connect to are then staged in individual folders under the shared cache folder and run from there. The shared cache has to be in an unprotected location, of course, so that the launcher (and the client) can download resources as well as binaries.

Even if you install the launcher under Program Files, the EVE client(s) it launches will not be run from there. How does the old launcher get around this? It actually changes the permissions on the installation folder – a method that is not recommended by Microsoft (see https://msdn.microsoft.com/en-us/library/bb530199.aspx for a discussion on patching methods).