The Collector’s Edition of Ace Combat 7: Skies Unknown is named “Strangereal Edition”will include all of the following goodies:

Ace Combat 7: Skies Unknown Xbox One and PS4 on 18th January 2019, and then launching on PC a couple of weeks later on the 1st February. Check out a preview image of the collector’s edition down below. 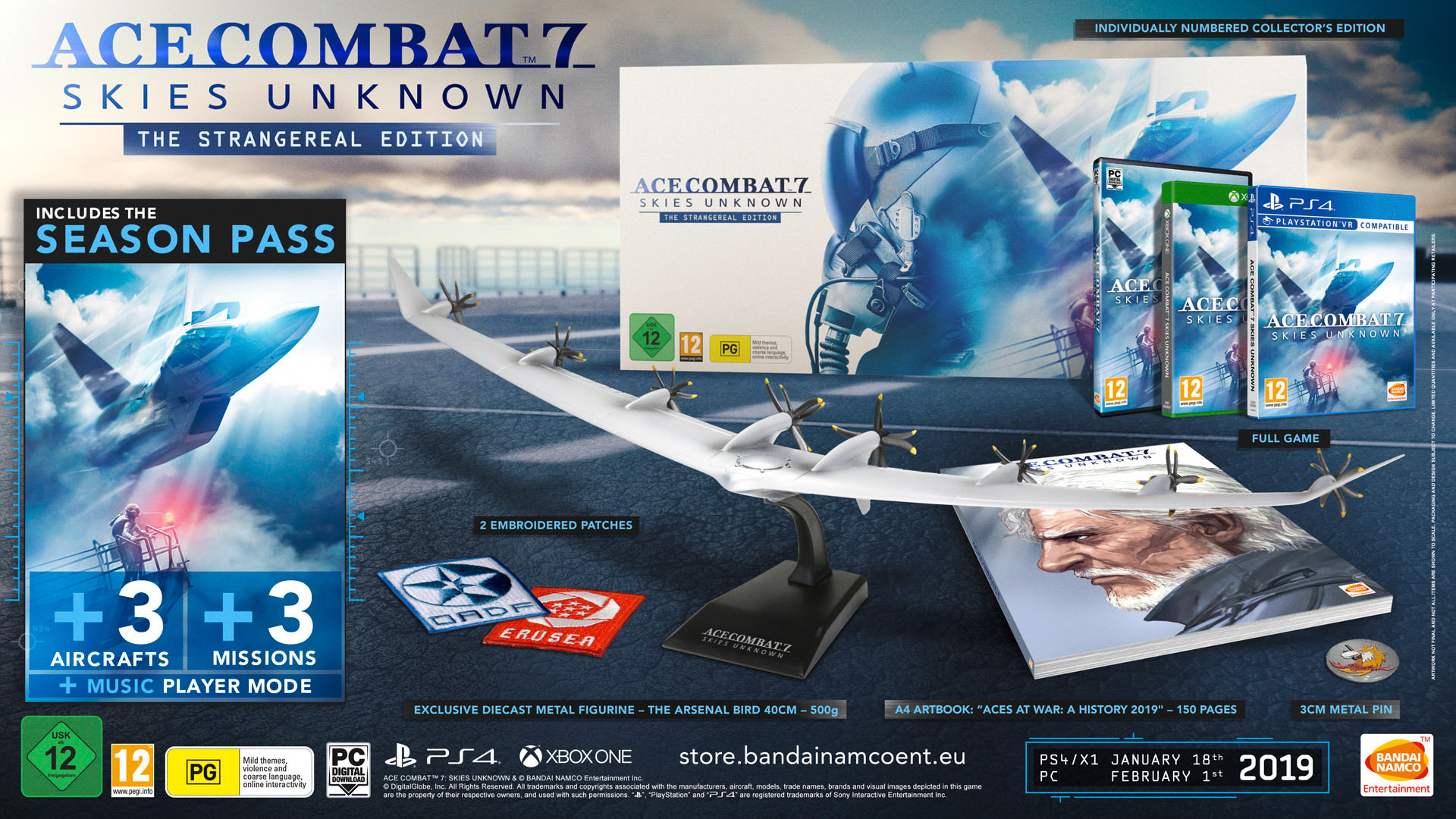 If you’re interested in learning about the game, check in on the new planes and weather systems in Ace Combat 7, or maybe you want to take a peek at the story. There’s also another snippet from Gamescom in the form of shorter gameplay trailer. There’s also another longer bit of gameplay showing the “Long Day” mission.