This post contains affiliate links, we get a small commission for any purchases made through this link.

We’ve got great news for anyone who’s anticipating the atmospheric and grim Vampyr. Select retailers will bundle a limited pressing of Vampyr‘s soundtrack when you preorder the game. But we’ve also got some bad news for anyone in that first category and who also lives outside of North America. Anyone living outside North America is ineligible for this offer.

Various retailers from France, the Nordics, Spain, Benelux, Poland, Austrailia, and Portugal will have the vinyl soundtrack available to those who pre-order the game. German and Australian gamers can get the Limited Edition version of Vampyr for the same price as the base game as well. 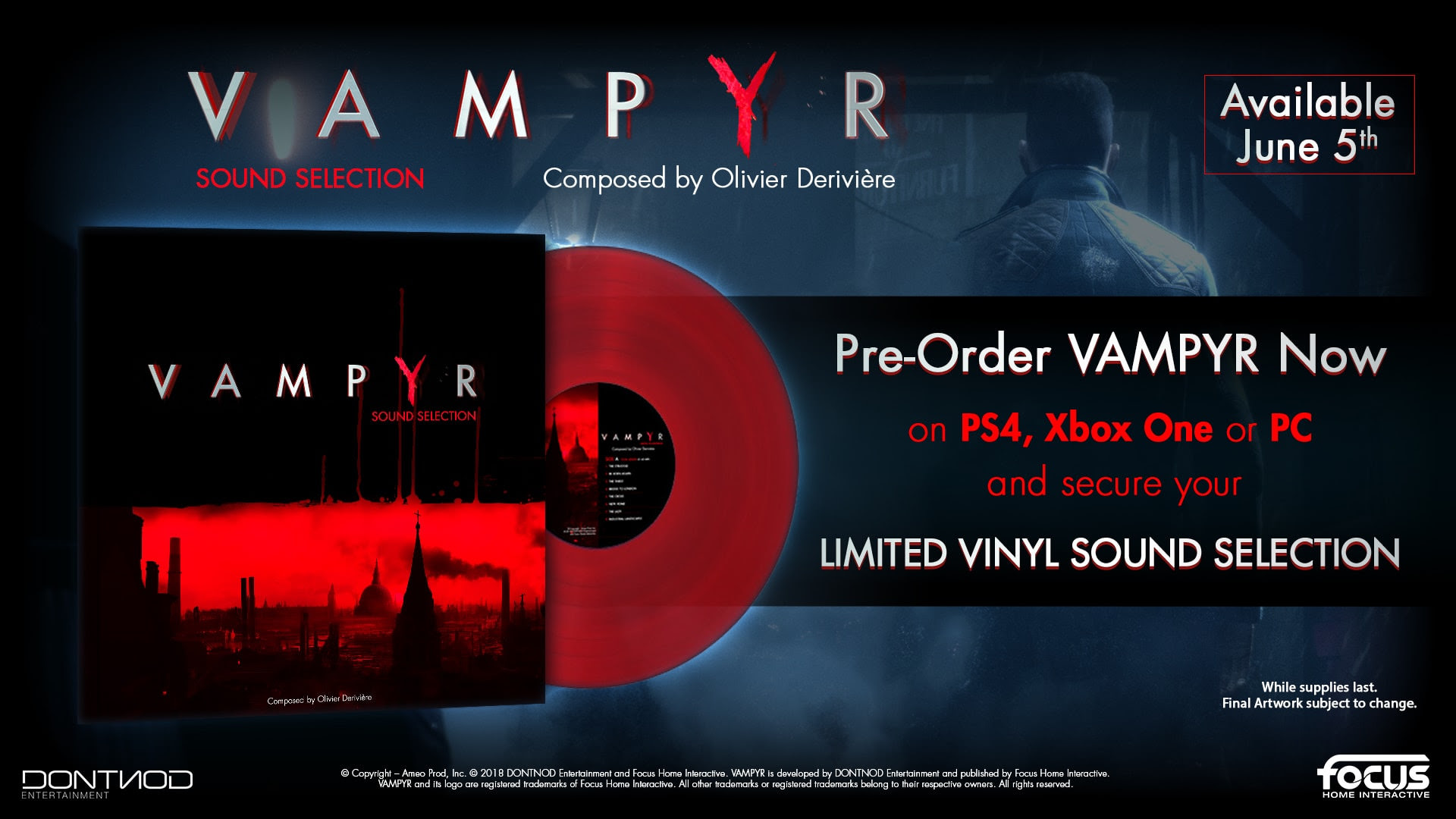 Whatever version of the game you decide to play, it seems like many gamers will enjoy the story-driven vamp-them-up that Dontnod is creating. If you want to get your fangs into more details, check out some more coverage of Vampyr.

You can pre-order the game right now via Amazon. Vampyr will launch for PS4, Xbox One, and PC on June 5, 2018.