CA has revealed the release date for Total War: Warhammer 2 and its much sooner than expected! They also showcase the new Serpent God Edition! Check out the news here: http://store.steampowered.com/app/594… Seriously, go check out the Steam page to see some excellent GIFs that show off Dragons and Phoenix’s ripping apart some enemy armies.

With the release of Total War: Warhammer 2, Creative Assembly will also be pushing out new races and other features for both the first and second games in the franchise.

In addition to the High Elf race announced a while ago, CA will be be pushing out some free DLC for the first game.

The Serpent God Edition will come with a really cool presentation box styled after an awesome tome. The Serpent God Edition and also comes with the aforementioned race pack for the first game, a stone effect puzzle sphere, whatever that is, bone totems, maps, an awesome art book, stickers, a metal case, a guide, and a USB drive pendant. A limited edition version will also be available, containing the metal case and guide. 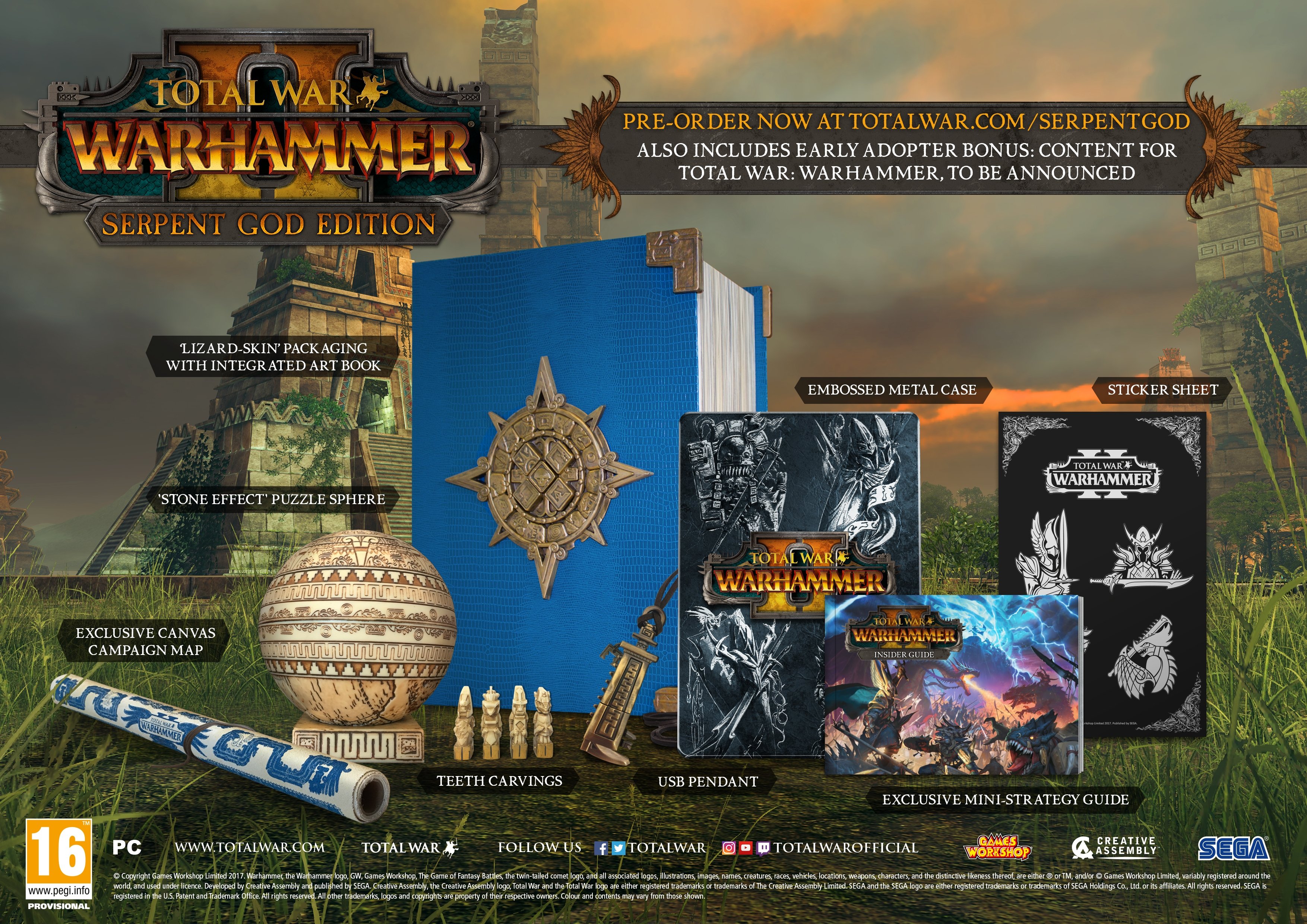 How to start the Guardian Games in Destiny 2

Antigraviator gets a new demo