Grinding Gear Games have finally released the Beta for Path of Exile’s Fall of Oriath expansion, and oh boy am I excited. But that’s not all the new 2.6.2 patch brings to the table. GGG have released the new microtransaction supporter packs for the expansion, and if you want to get access to the Beta, buying one of these packs will do just that. As usual these packs include a variety of digital items and points to buy in-game MTX effects and account features with.

The Alpha and Beta of Fall of Oriath have showcased a slew of new or altered features for Path of Exile. Lets run through some of them shall we?

The new minimap in 3.0 is a massive refinement over the previous versions. Improvements in visual fidelity and labeling within the map have allowed GGG to virtually eliminate the scree clutter and navigation confusion that plagued the old minimap. Map transparency is also being tweaked to allow the player to more clearly determine pathable terrain and explored areas. An improved minimap is something players have wanted for years, and Fall of Oriath is delivering. 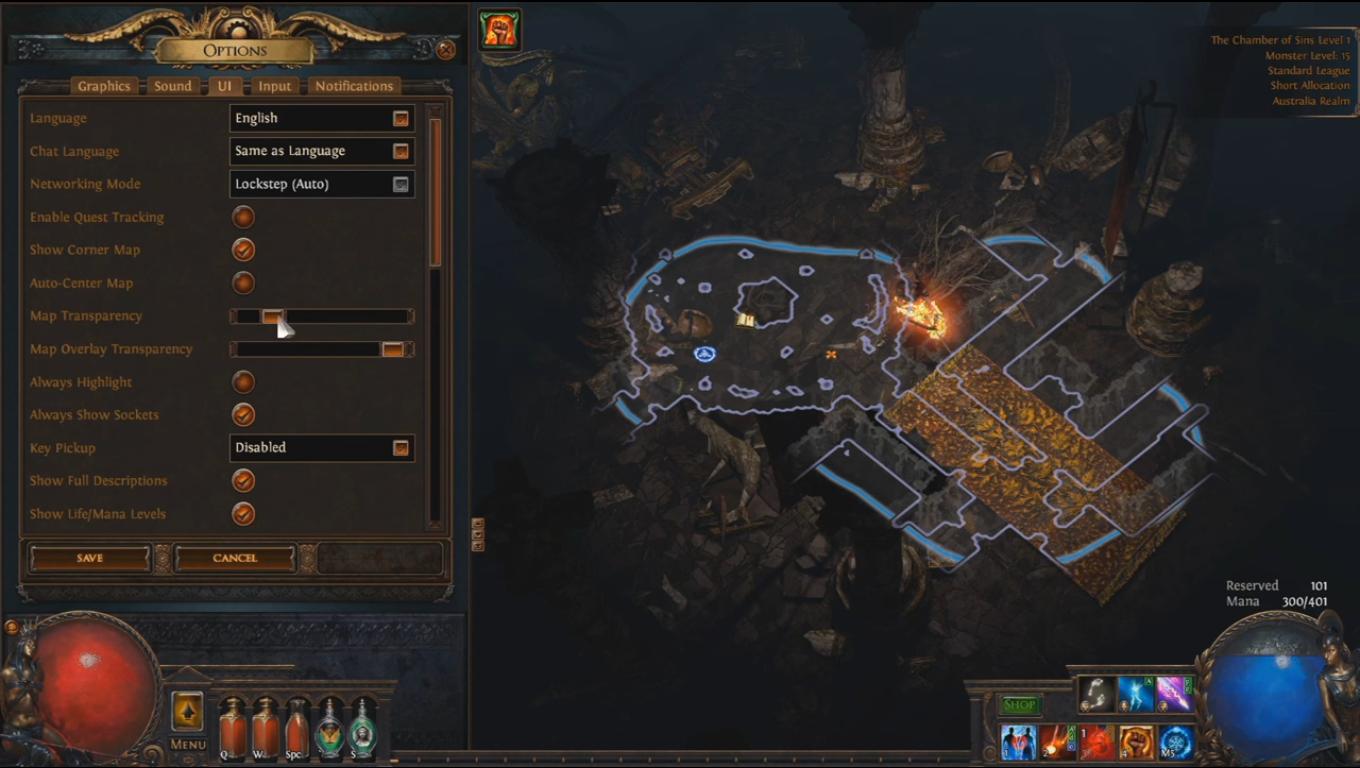 The major revamps of Fall of Oriath will retread the existing triple-repeat difficulty of the current game into a single unified experience across five acts. The various changes are far too numerous to review here, but we’ll talk through some of the major ones.

POE players are probably very familiar with the Bandit Quests –  a series of boss fights currently in Act 2 which grant bonuses to your character depending on which bosses you kill. Previously, each difficulty gave certain bonuses depending on which Bandit Boss the player sided with, that’s all changing.

In addition to the revamped Bandit Lords, Fall of Oriath will introduce the Pantheon system. In this system you’ll be able to capture the powers of various major and minor gods to use to boost your characters defenses. The Old Gods are returning, and you’ll have to deal with their anger. POE YouTuber ZiggyD sat down with dev Rory Rackham a few months ago to talk through some of the early work on the Pantheon system. Give it a watch below.

Fall of Oriath is much more expansive than the bit of information we detailed here, keep an eye on GGG for more.

Check out the awesome new trailer below.

● Act 5: The Fall of Oriath: Return to Oriath, home to the oppressive Templar theocracy. Explore frozen mountaintops, pristine temples and anarchic city streets. Leave a trail of furious destruction as you seek vengeance for your exile.
● A Single Playthrough, a Complete Story: We’re removing the previous difficulty level system to make room for another five brand new acts, bringing the total to ten. In these five acts, you will weave through both new and familiar locations and witness the results of your past actions.
● Claim the Power of the Gods: Path of Exile’s new Pantheon system provides you with potent powers taken from the Gods themselves. But beware, the Gods won’t go down without a fight.
● New items, new skills, a new challenge league and more, only available at launch!

How to farm for cards fast in Yu-Gi-Oh! Legacy of the Duelist: Link Evolution

Yu-Gi-Oh! Legacy of the Duelist: Link Evolution going international according to trademark

Forza Horizon 4 racing out in October

What is the level cap in Final Fantasy 7 Remake?

Path of Exile gets new Nebula Hideout and Revenant effects

Borderlands 3 will use Denuvo DRM