Bloody Omir ran away,
Hiding from the light of day.

He made a base out in the night,
Far away from the Empire’s might.

Holders think they all are safe,
Protected by the Empire’s grace.

Silly people, you should know…
You shall reap just what you sow.

Bloody Omir is coming back,
With monsters from the endless black.

Wading through a crimson flood,
Omir has come to drink your blood.

An infamous nursery rhyme that sends chills down the spine of youngsters across the Amarr Empire, this tale speaks of Bloody Omir, the leader of the infamous Sani Sabik extremist cult, The Blood Raider Covenant.

After rising to power in YC84 upon successfully eliminating any rivals for leadership within the Blood Raiders, Sarikusa conducted a ruthless purge of the organization, over which he now assumes complete control.

Famed for their kidnapping, blood-letting and ruthless raids into space belonging to the Amarr Empire, the Blood Raiders are feared across the cluster, which has led to Omir Sarikusa being branded the most wanted heretic in the Amarr Empire for preaching an alternate take on the Amarr faith which is deemed heresy by the Theology Council.

With the Empire in a state of disarray after the loss of Empress Jamyl I and the Golden Fleet feeling the pressure from the presence of Drifter incursions within Imperial Borders, the Blood Raider Covenant has chosen the prefect time for tactical strikes against the Empire.

Will you assist them, or try to quash their heretic preaching and vicious raids into the Empire? 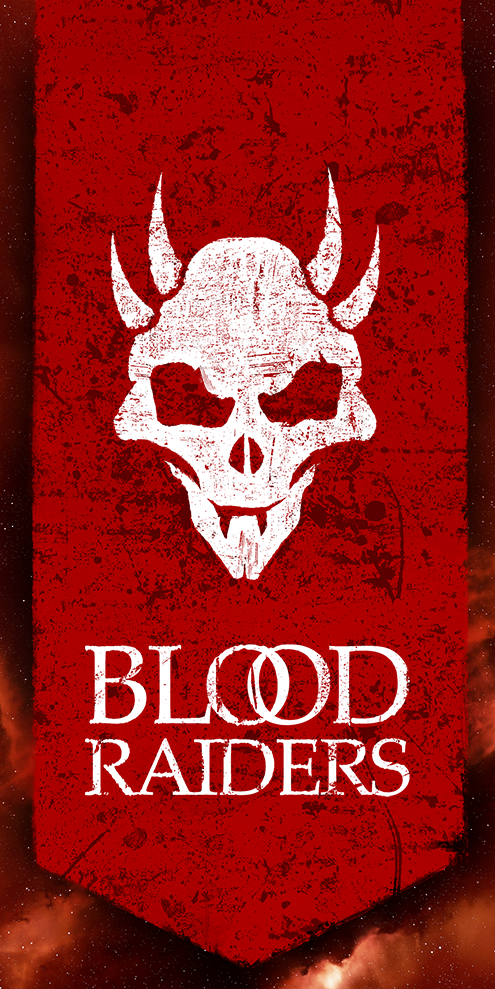 In celebration of this most appropriate time of the year, from October 20th through to November 2nd, there will be a number of Blood Raider themed offers occurring, along with some in game activities that players can take part in.

The Crimson Harvest is coming, and will include:

Blood Raider Gauntlets will be appear throughout New Eden during The Crimson Harvest, inviting you to test your piloting skills against some of the best of the Blood Raider ranks. These Gauntlets will appear on your overview as long as you have “Celestial Beacons” enabled, and should you successfully complete a gauntlet, you will be rewarded with a Blood Raider Abaddon SKIN in addition to a chance of receiving a special Blood Raider Cerebral Accelerator.

The accelerators are plugged in through the same method as a standard implant, and will last 24 hours before they are depleted. Be aware however, that you should use them with haste, as come November 2nd, they will cease to provide any training bonus.

As a reminder, the Blood Raider Gauntlet and the rewards found within will only be available during the Crimson Harvest and the Blood Raiders will make sure you cannot use the accelerator after the harvest ends… so you better be quick!

Where to find a Clover Leaf in Grounded

Shadow of the Tomb Raider has a new trailer, and a Coca-Cola brand deal

How to level up all skills in Valheim