X47L-Q, Pure Blind, will now live in infamy within EVE Online. This previously easily-forgotten system in New Eden was just the site of a major battle between two of the most powerful NullSec coalitions in the game. But first, we need a bit of background so you can understand just how important this fight will become in the following days.

In recent memory, many EVE Online players are well aware of an ongoing war between the two coalitions involved in tonight’s fight. Goonswarm Federation leads the Imperium Legacy Coalition, which is itself a fusion of alliances that make up the separate but allied Legacy and Imperium coalitions. They are opposed by the combined might of NC. and their allies PanFam and GoTG coalitions, known as the Northern Bloc. It’s a pretty massive war to say the least.

The ongoing war between these two sides has already seen multiple major battles in the northern territories of New Eden. One of the biggest engagements was in UALX-3, which saw a huge amount of destroyed ships.

The fight in X47L-Q was the culmination of a Keepstar Citadel Armor timer coming out of reinforced mode, meaning it could be attacked again, and potentially destroyed. The stakes are so high that some unknown party engaged in a DDoS attack against the game servers in an attempt to stop the fight from happening, at least that’s the running theory.

Despite this attempt and the obvious logistical challenges, thousands of players made it into the system in various doctrines. This number included more than 600 Titan-class Supercapital ships of various types, and thousands of other ships. This is more than twice the number of Titans deployed in the bloodbath that was B-R5RB, the biggest and bloodiest battle in EVE Online in terms of Titans lost.

There were approximately 2000 Northern Bloc forces on grid with the Keepstar, mostly in carriers and Megathron battleships. Imperium had mustered a number of fleets, totaling around 2800 players. All of this was minutes before the Citadel came out of reinforcement at 18:52 EVE time.

The fight began in earnest almost immediately, with 2 Titans down almost as soon as the shooting started. Over the course of the fighting, dozens of Titans, and hundreds of other ships, went down throughout the night. These deaths included multiple extremely rare vessels, such as a GSF Faction Vendetta Supercarrier, a DARKNESS. Vanquisher Titan, and many many more. There was also the first reported destruction of a Molok, a Blood Raider faction Titan. 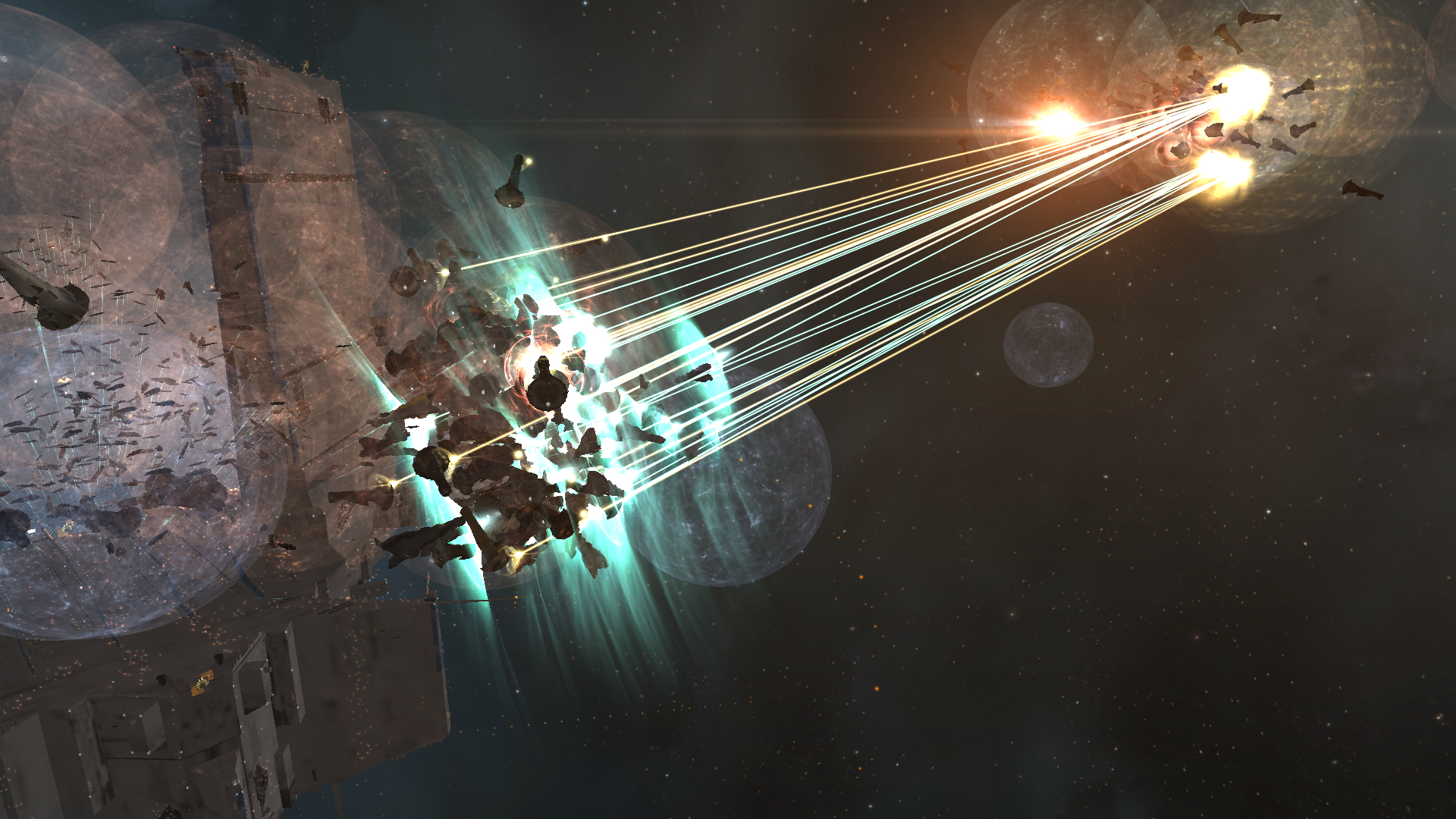 Opening volley of the Supercapitals in X47L-Q

Throughout the course of the fight, a huge number of disconnects were reported on both sides and sustained TiDi induced lag was experienced. If you want to see some full-speed footage of the fighting without the influence of TiDi, the EVE community managed to string that together. Thanks to EVE player and YouTuber MacCloud:

Despite all of the death and chaos, eventually one side managed to win out. At 00:16 EVE time the Keepstar was pushed into it’s final reinforcement timer. Another casualty of the fight included the servers for ZKill and, at least temporarily, EVE Online itself.

Once the smoke cleared, mostly, dozens of Supercapital ships were reported as confirmed kills. As of writing, the grid is under the control of Imperium and allied forces, with most Capitals tethered to structures on-grid. And even though this fight is over, the war has just begun. Expect more details of this fight in the days to come.

Here’s the current breakdown of kills recorded of value during the fighting. Total current tally for ISK lost during the fighting came to roughly 6.7 Trillion ISK lost in Supercapitals alone, with roughly equal losses on both sides. Tentative reports for the full cost of the battle are around 9 Trillion ISK lost, although that is subject to change.

An interesting tidbit about some of the lost Supercapitals is that some died while evacuating from the fight. In simple terms, when some ships were using Cynosaural generators to jump out to one of the nearby staging systems, they were stuck in various random locations due to server quirks. This same server lag spelled their doom when they loaded into a grid filled with hostiles and were quickly killed. These ships lost in the nearby system of O-N8XZ where included in that final total as well.

Here’s a tentative count of the total losses on each side, these numbers will change over time though as kills are confirmed or retracted.

Watch the cleanup and VODs of the fighting over the INN Twitch: