Microsoft and Undead Labs have announced a collector’s edition for State of Decay 2.

The upcoming survival-sandbox game will get a $69.99 collector’s edition. It includes: an exclusive SteelBook case, zombie mask, and “thumb-drive,” this collectible edition also includes a State of Decay 2 patch and a human brain SteelBook® stand. 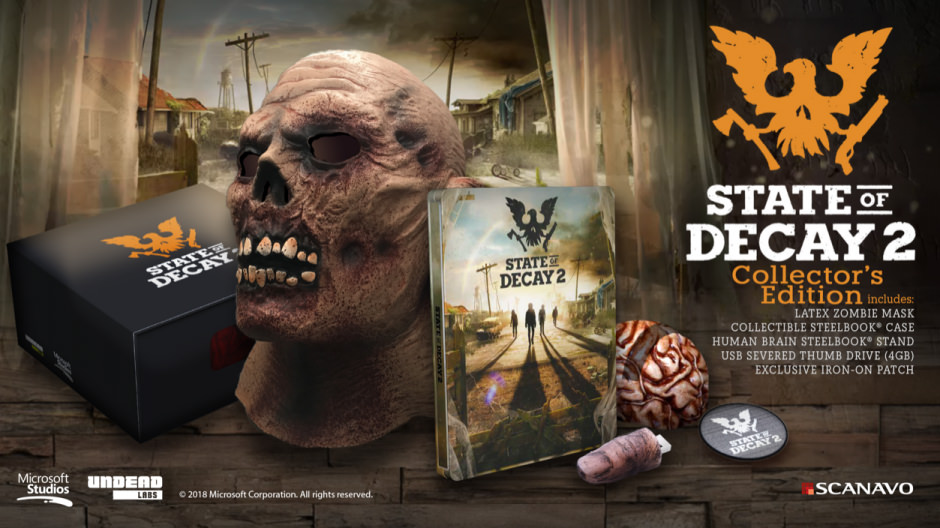 There’s also a standard version planned for $29.99, as well as the Ultimate Edition for $49.99 (which nets you early access and bonus content in the form of the Daybreak and Independence DLC packs.

The strangest thing about this Collector’s Edition is that it DOES NOT include a copy of the game at all. So basically you’re paying for some branded collectible items. If you’re a huge fan who just wants to support Undead Labs, I can see justifying this, otherwise you should stick with either the Standard or Ultimate editions.

State of Decay 2 will also not contain micro-transactions according to Undead Labs.

State of Decay 2 is launching for Windows PC (Windows 10 only) and Xbox One on May 22nd.