Sega just made a whole bunch of Sonic The Hedgehog announcements

So Sega is making the weekend for many a retro gamer. There’s been a deluge of different announcements today for different content related to Sonic The Hedgehog.

First up, a new version of Sonic Mania, called Sonic Mania Plus has been announced for release sometime this summer on Switch, Xbox One and PS4. There’s a physical release including a 32-page art book coming to a retailer near you. It also includes new playable characters Mighty and Ray, as well as a new Encore mode, 4-player competition mode and a bunch of other stuff. Check out the preview image: 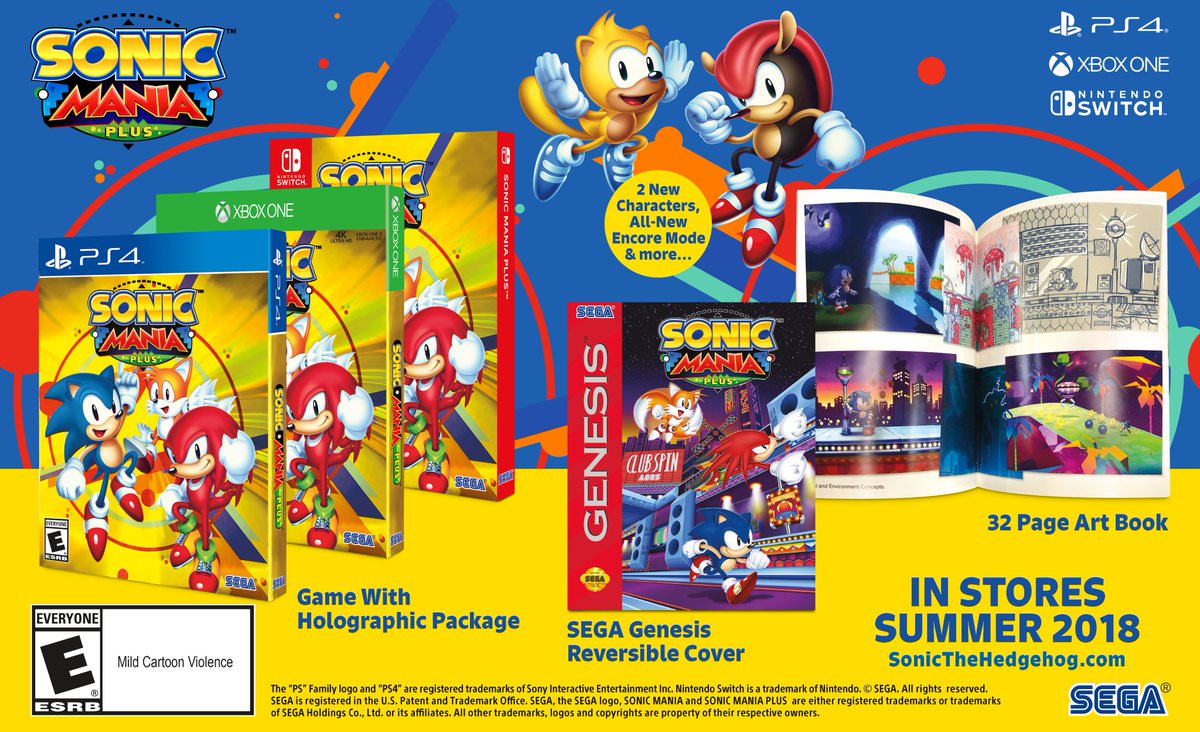 For those who need some Sonic action now, Sonic Mania is currently available for PC, PlayStation 4, Xbox One, and the Nintendo Switch.

But not be outdone with a new physical release, Sega is also putting out a new racing game for the franchise, according to a Twitter announcement. You can check out the teaser below.

While the company didn’t confirm a title, they did say it’s not a sequel.

And now I’m starting to get a TV infomercial feel, because there’s more.