So guess what? Sea of Thieves will be adding microtransactions to the game. 90 days after the March 20 launch, Rare will add a spate of optional purchases to their swashbuckler-them-up.

New players should check out our guide for Sea of Thieves.

Don’t freak out yet, most of the ideas floating around center on cosmetic options for your characters. Players should expect no OP purchases that will severely alter gameplay to give an advantage to one player.

Speaking to IGN, executive producer Joe Neate said that the team’s “focus at launch [is] on a great game experience. When we deliver this first major update, that’s when we’ll turn on the ability for players to spend money optionally.”

Using a currency you’ll be able to acquire “through normal play”, players will only be able to purchase items that “add to the fun, social nature of the game.” So nothing that makes you more powerful or that shortcuts progression – for example, the first items you can buy will be trusty pirate pets.

READ MORE  Far Cry 6 has microtransactions, because of course it does

Another idea is appearance altering items that make your character appear young or old, or maybe change certain other appearance aspects with use. Whatever they decide to implement, it seems clear that Rare are more focused on enhancing the social appeal of Sea of Thieves rather than lining their pockets. Let’s just hope they don’t implement loot boxes. Which the developers have no plans to do by the way.

It is worth mentioning that microtransactions in a $60 game is still irritating, but it’s slightly better than the outright gambling of lootboxes.

If you’re wondering if your PC can run the game, peek the system requirements below: 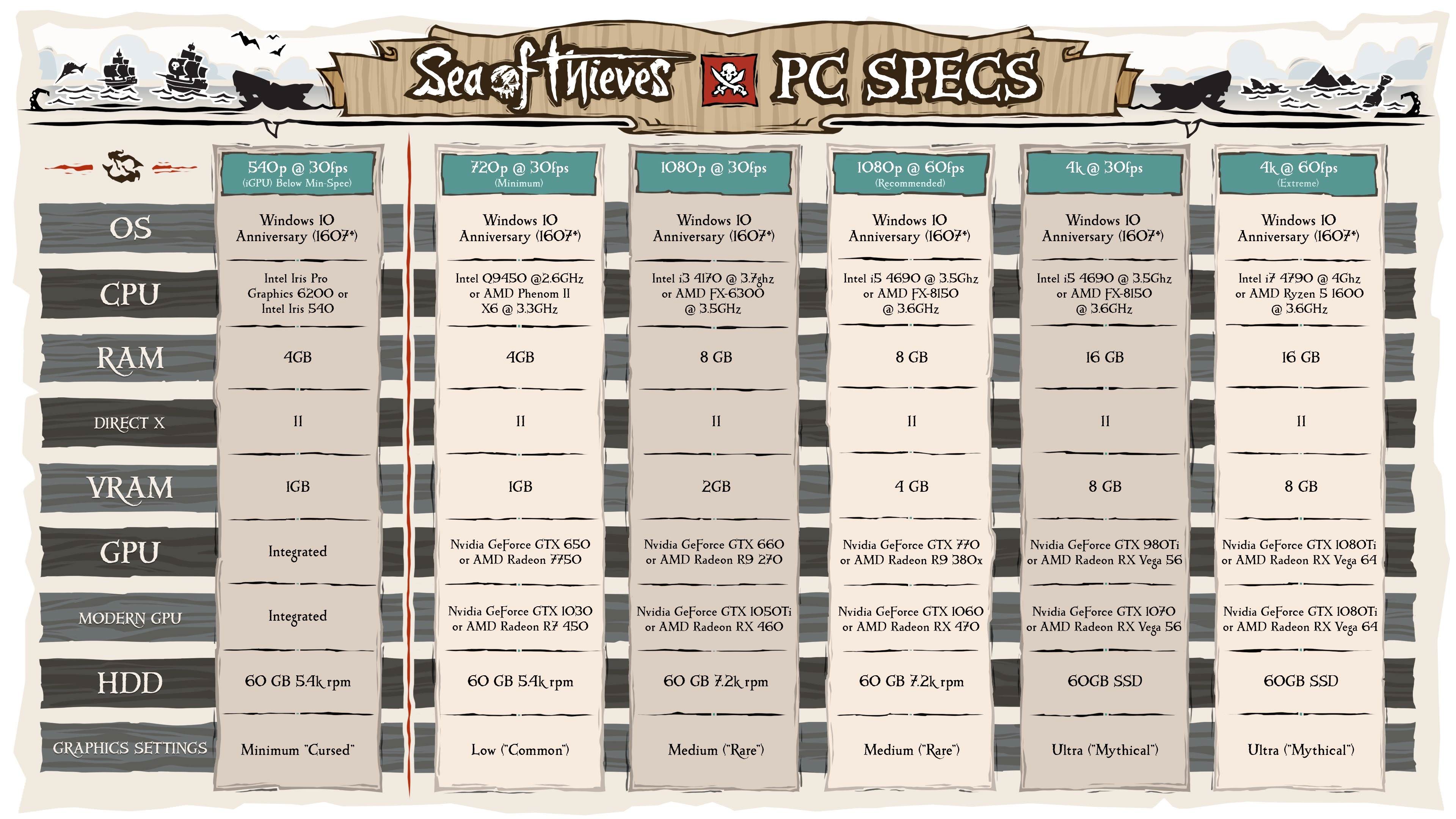 New Devil May Cry 5 getting a new demo next month

Rocksteady will not be present at E3 2019

How to get Goku in Roblox A Universal Time

How to Get Nails in Project Zomboid