The Deluxe Edition of Resident Evil 2 includes some new physical and digital bonuses for fans to enjoy. One addition is the inclusion of a special reversible cover showing Leon Kennedy on one side and Claire Redfield on the other. There’s also a set of five total themed costumes, split among the two main characters. Claire gets three with themes such as “Elza Walker,” “Military,” and “Noir.” Leon has two special getups, which include include”Noir” and “Arklay Sheriff.” The other in-game reward for the set is a special weapon, Albert Model Samurai Edge pistol.  Players also get access to a retro version of the in-game soundtrack.

It all looks really cool, and the $10 extra price could be worth it for fans who want the extra costumes and other goodies.

If you’re just hearing about this now, maybe check out some more gameplay from Gamescom. Then you should take a peek at the recent gameplay from Capcom UK. Maybe you’re a PC gamer who might pick this up, in that case you should check out the Resident Evil 2 Remake system requirements. If you want to be fully prepared for the renewed adventures of Claire and Leon, you might want to check out some details about the story. Or you could check in on the Collector’s Edition of the game that features a 12″ statue. And if you’re really a super fan, you could take a peek at the $900 typewriter themed for the game.

Resident Evil 2 will launch on January 25th, 2019 for PS4, Xbox One, and PC. You can already pre-order the game and the Deluxe Edition on Amazon. Check out all the new goodies for the Deluxe Edition in the preview image down below. 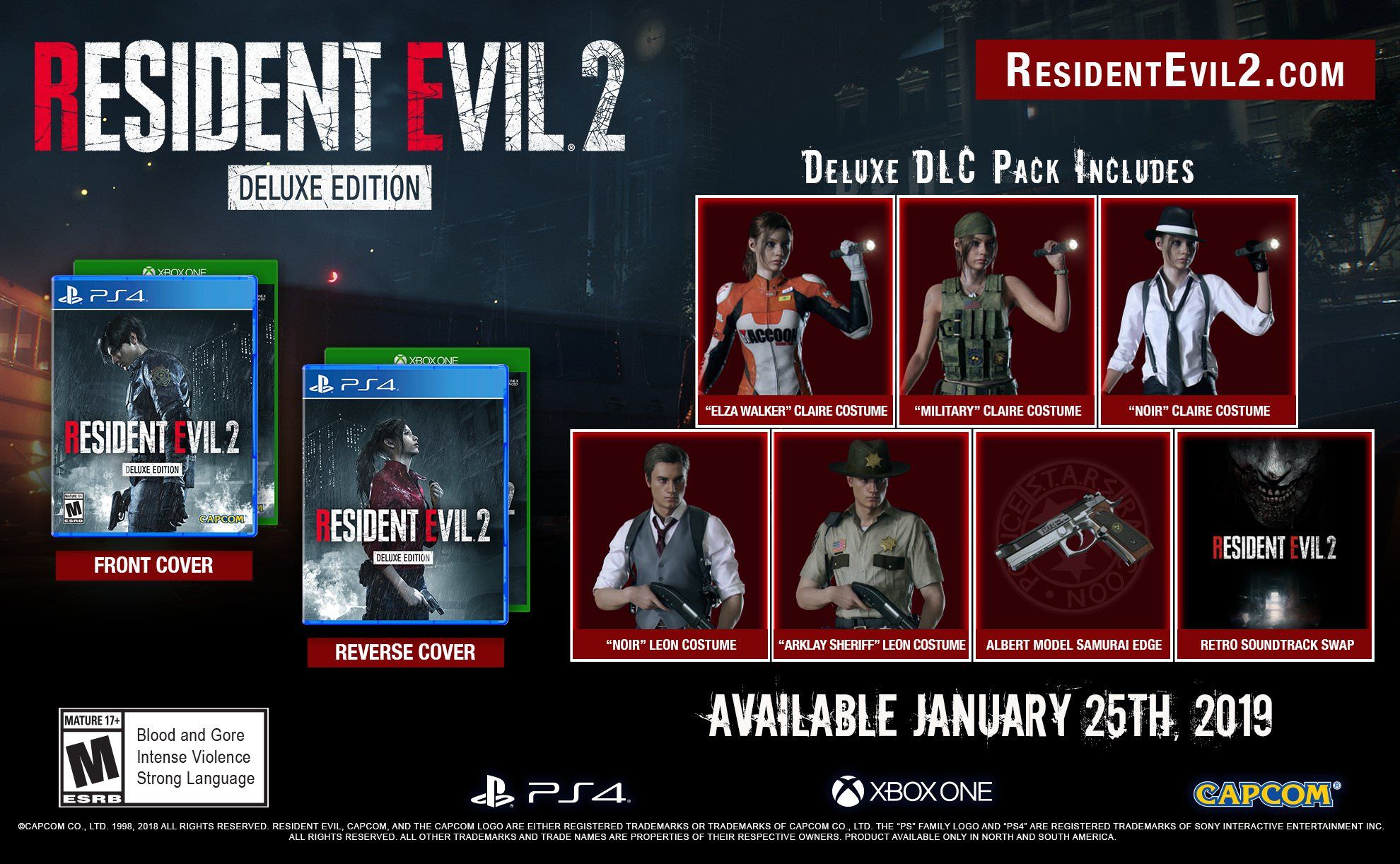