Vaal Haazak is available to anyone of HR 50 or higher in the Event Quest “The Deathly Quiet Curtain”. The quest takes you to the Rotten Vale and squares you off against a pretty nasty enemy.

Being prepared for this fight is key to success. Vaal Hazak can reduce your max health, so buff it as much as possible with Meals and Vitality Gems. Equipping 3 Miasma gems will mostly negate its ability to reduce your health to half. You’ll still take damage, but your health bar will remain intact. Bring lots of Nullberries to deal with his Miasma effects otherwise.

There are some environmental hazards and aspects to be aware of as well. In the area just outside its den, on the ceiling are two fangs suspended by vines; hitting them with a projectile will cause them to fall down. Hitting Vaal Hazak with these will deal some good damage and inflict a knock down state. You’ll see pools of gassy acid around the place, stay away from those at all costs as they drain a lot of health.

Another mechanic to watch out for is the “Play Dead” move. When he starts limping, he’s about to go into a sort of sleep state. This is the sign to approach him from behind and wail on him to interrupt his charging. If you fail to stop his charging, he’ll unleash a powerful beam attack that deals a lot more Miasma damage. A Flashpod can also be used to interrupt the attack itself.

Watch out for his Miasma vapor clouds, ranged users should be moving around a lot and using bow damage to lure Vaal Haazak to an area where these toxic clouds are not. Melee players will have a bit tougher go of it as they’ll need to stick to his front legs and tail and hack away. His breath attacks can stack multiple hits, so avoid them if at all possible. 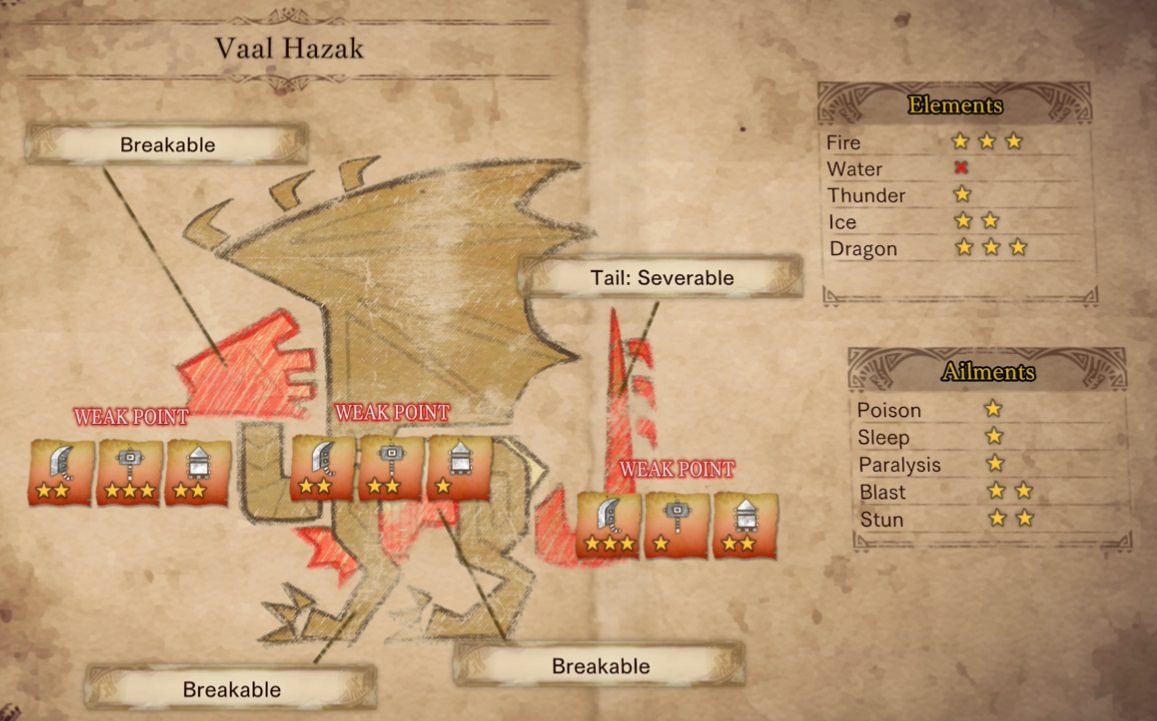 Weapons that deal Fire or Dragon Damage and sets that inflict statuses like Blastblight or Stun can help keep him stationary.  Vaal Hazak is immune to Water and has very high Poison, Sleep and Paralysis resistances. Another handy item modifier is getting a weapon with Elderseal. This can dissipate the Miasma clouds temporarily if you haven’t brought another means of dealing with them like Vitality Gems. Miasma resistance is very much a good thing here. Effluvium Resistance and Expert stacking can really help as well. Failing that, put your Palico on Vigorwasp duty and bring every Vitality/Health buff you can.

If you manage to take this beast down, The Deaths Stench set is good. It looks very good with a lot of end-game sets as a compliment. The Gamma set is probably the best in terms of stats. The buff to Vitality is helpful, but might not be the best when compared to other ways to buff that stats.

How to change the Grappling Assist HUD in UFC 4