Pokémon Ultra Sun and Pokémon Ultra Moon are getting some new additions to their expansive rosters later this month.

Legendary Pokémon Reshiram & Zekrom will be coming to Pokémon Ultra Sun and Pokémon  Ultra Moon (as well as the non-Ultra versions) through a deal with retail chain Target. The update which adds the two new Legendary Pokémon will be available at Target stores for free. Simply get your code card from a Target employee (Ask around the Electronics section) and then redeem the code on your 3DS with the “Get with Code/Password” function under “Receive Gift” on the main menu.

The Legendary beasts were originally introduced in Black and White, and had their own extremely powerful abilities that have been transferred to this promotion. The Fusion Flare and Fusion Bolt moves are meant to be used together, or rather in succession, as using them one after another boosts the attack power of the second move. So having both Reshiram & Zekrom in your party have a huge upside. Teravolt and Turboblaze are two super-strong abilities that allow Reshiram & Zekrom to ignore the ability modifiers of other Pokémon. So this means that Ground-type moves can now hit Pokémon which normally levitate, making them immune to such moves. 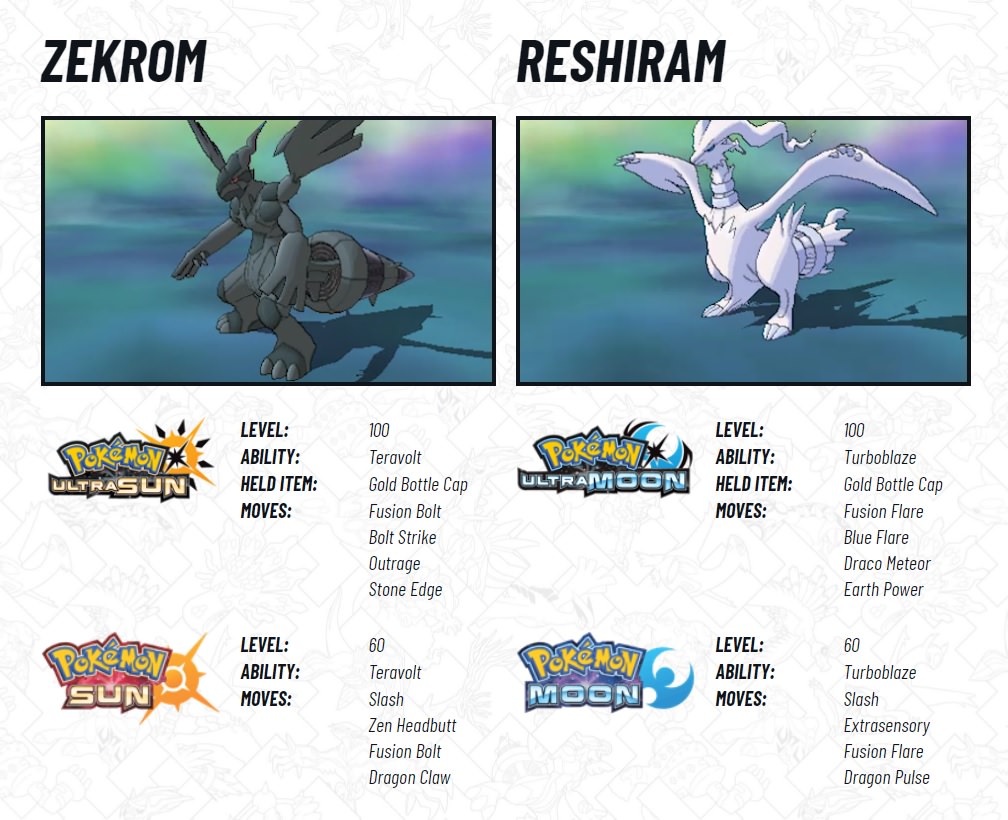