ShonenGames have translated the latest scan for Arc System Works’ Dragon Ball FighterZ from Japan’s monthly V-Jump Magazine. The scan appears to confirm three new characters coming to the game: Adult Gohan, Kid Buu, and Gotenks. As with every confirmed character, it looks like Arc has done a fantastic job recreating the iconic techniques the characters used during the Majin Buu saga.

Adult Gohan will appear in FighterZ wearing his badass orange gi. If you don’t remember, Kibito Kai gave Gohan the same outfit as his father, Goku, after he received his mystic powers from the Elder Kai. The primary mechanic for Gohan involves using his Energy meter to unlock his full potential. In this form, you’ll also be able to use an Ultimate Kamehameha technique with Gohan.

Kid Buu is as frightening as ever in Dragon Ball FighterZ. Although he’s a tinier character, it looks like his fighting style will be a little bit more unpredictable as he can extend his arms and legs to use in his attacks. The scan also shows Kid Buu using his Planet Burst technique.

The chaoticimgur preteen Super Saiyan, Gotenks, will be the first Fusion character making their debut in Dragon Ball FighterZ. True to his style, many of his techniques are over-the-top with silliness. In the scan, we can see him using his “Buu Buu Volleyball” and “Super Ghost Kamikaze Attack.”

You can check out the full scan for yourself down below. Dragon Ball FighterZ is coming to PS4, Xbox One, and PC early next year on January 26th, 2018. 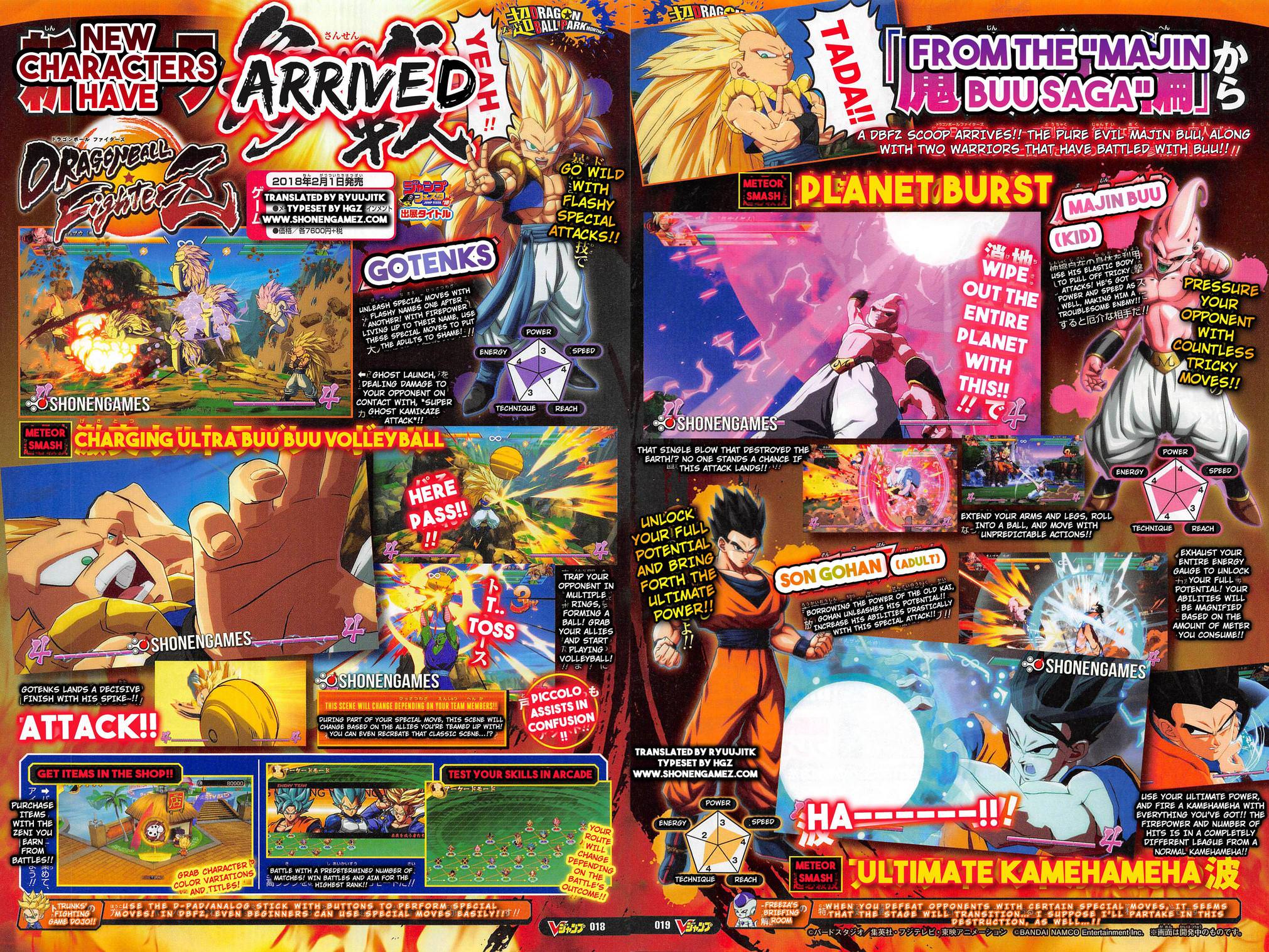 How to make money in Mount and Blade 2: Bannerlord

How to find the red gem in Resident Evil 3: Remake

Hitman 3 will not feature Ghost Mode, Hitman 2 Ghost Mode servers to shut down