The next DLC character for Dragon Ball FighterZ has been confirmed via a scan from Shonen Gamez. The new character is a fusion of the Supreme Kai apprentice Zamasu from Universe 10 and Goku Black, Fused Zamasu is likely the strongest god with an immortal body and unbelievable strength (until Goku launches another Deus Ex Machina attack at him that is). Fused Zamasu might even be stronger than time, I wonder what Jiren thinks about that.

Fused Zamasu uses a special full screen super that looks particularly deadly, so watch out for that. His Holy Wrath attacks are also especially vicious.

Vegito Blue is also allegedly coming to the game according to datamining efforts from a recent patch. Although this has not been confirmed quite yet.

The page shows off Zamasu in action in the game along with his portrait, stills of his supers and his stats. Fused Zamasu is ranked “SS” for power, “C” for speed, “SS” for reach, “B” for technique and “S” for energy. Check out the scan. 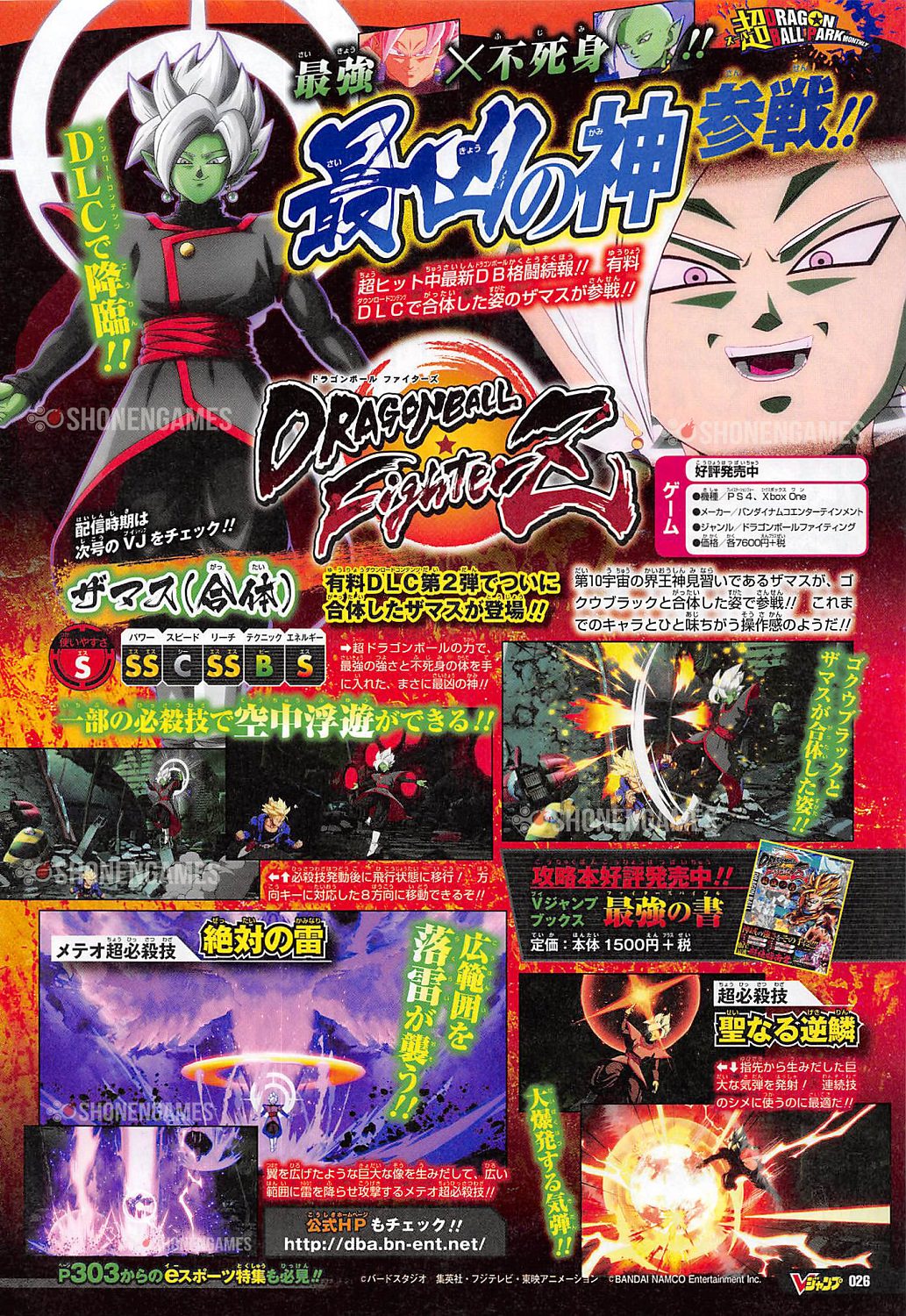 A release date for Fused Zamasu was not announced. Dragon Ball FighterZ  is now available for PC, PlayStation 4, and Xbox One.