No one can really deny the dominance of Fortnite when it comes to popularity and sales, especially not now.

According to a statement from Sensor Tower mobile insights analyst Randy Nelson, he wrote in a blog post that Fortnite has nearly quadrupled its revenue on iOS over just the last week. Just for context, it took the title nearly a month to bring in $25 million previously.

“Player spending in the game on May 1 grew 293 percent, or a nearly four-times increase, versus the preceding Tuesday. This rapid quadrupling of revenue resulted from a significant number of players laying out about $10 worth of in-game currency apiece for Fortnite’s Season 4 Battle Pass, which unlocks additional content and other perks for completing specific challenges during the season.” 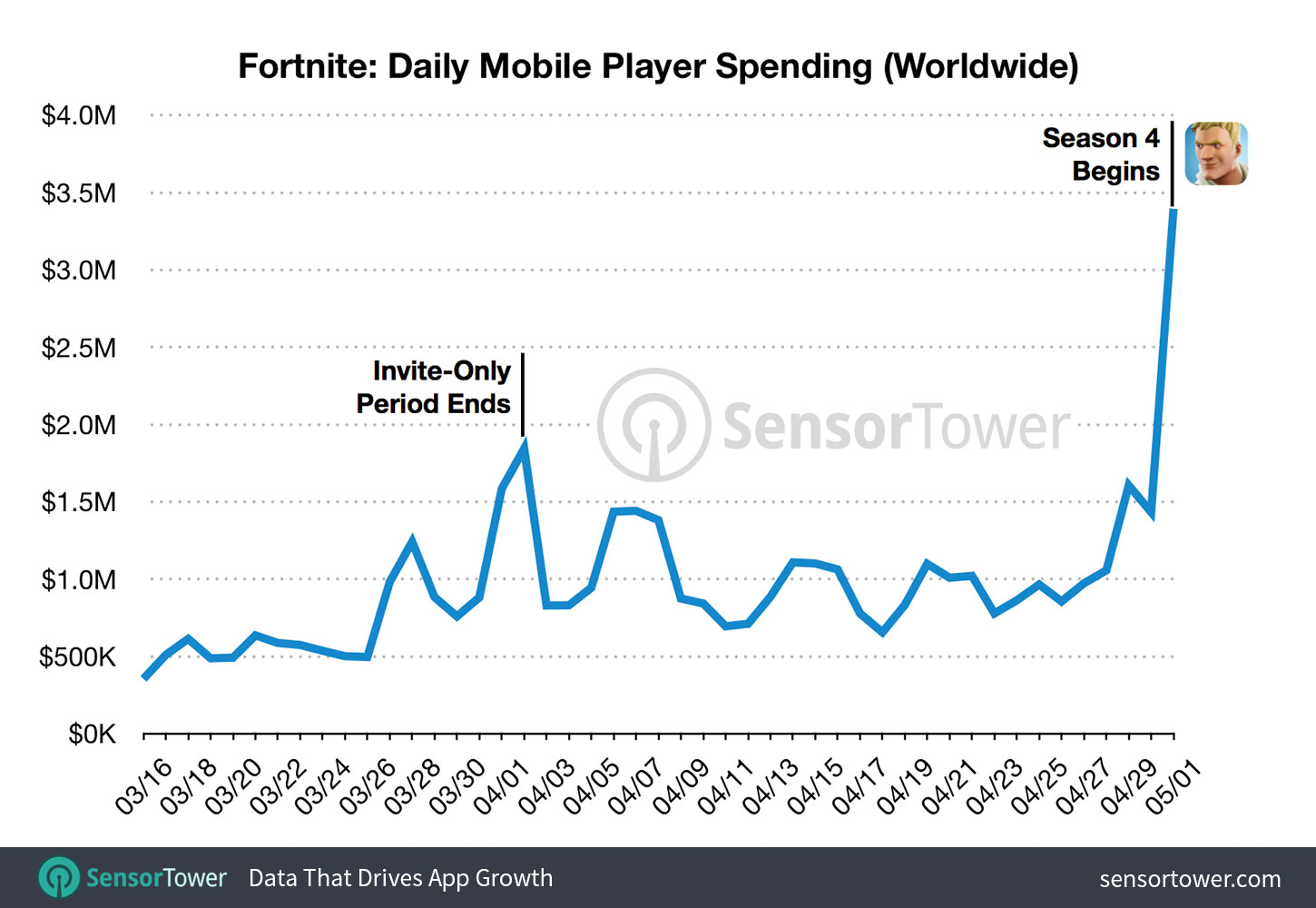 Fortnite, PUBG and the Battle Royale genre as a whole are so popular that even more traditional FPS series are taking notice. Call of Duty could get a battle royale mode when Black Ops 4 launches in October. And that’s just the beginning. Who knows what other game franchises will try to jump on the craze.

Here’s a statement from Activision executive Dennis Durkin on the topic:

“We’ve had some near-term impact from battle royale. But our business continues performing at record levels. We have one of the broadest and most diverse portfolios of franchises, genres, platforms, and business models. And we continue innovating within those existing franchises.”

All of this is just more writing on the wall showing that the Battle Royale genre will continue to strike gold within the mobile market. This is doubly true when we consider that companies are doubling down on a mobile-focused strategy for their future, such as the strategy outlined by incoming Nintendo president Tatsumi Kimishima. And it’s a given that Epic will continue to provide more free content and patches to Fortnite for years to come, and hungry players will continue to pile in. I guess Epic should drop meteors on places more often, OK, maybe not.

So the question remains: what does the future of the genre look like? It’s hard to predict exactly what game will be left standing atop the pile of their destroyed enemies. But I think it’s safe to say that Fortnite is a strong contender, while some other titles definitely aren’t.

Overkill's The Walking Dead is finally out, just for PC