Hello again dear spacebros and welcome back to another structure blog by Team Game of Drones. Time has passed since we last discussed upcoming new structures (Fanfest 2015 and shortly thereafter), which we have spent reading feedback and iterating on concepts. More importantly we have been busy coming up with more detailed answers on the following two questions, which are the most heated topics you wish to see explained regarding this specific feature:

We now have a refined version of how those systems are going to work and are ready to share them with you. However, to avoid heart attacks, eye gouging or bleach drinking we are going to focus this blog on answering point 1, while another blog is to follow on point 2. For all the math wizards, min-maxers extraordinaire, and OCD freaks out there, numbers will be provided, but please remember those aren’t final and will most likely change based on player feedback, testing and various iterations.

Missed a structure blog? Have a look at the following:

As mentioned in Shake my Citadel, new structures are going to use mechanics similar to the revamped Sovereignty system, with a twist to fit our own needs. This naturally implies vulnerable and reinforced states.

All Citadels, no matter their size, will have 3 vulnerability windows. They are supposed to be the safest structures around, and thus provide the longest defense buffer available to owners. Please note this will not be true of all structures. Observatory arrays may have only 2 for example, since they are supposed to be more fragile.

Also, there will be no Command Node spawning under this system – CSM feedback showed it was quite counter-intuitive to fit big guns to your massive structure only to have the fight take place somewhere else.

With the chart below, we are going to go into details how each phase is going to work. 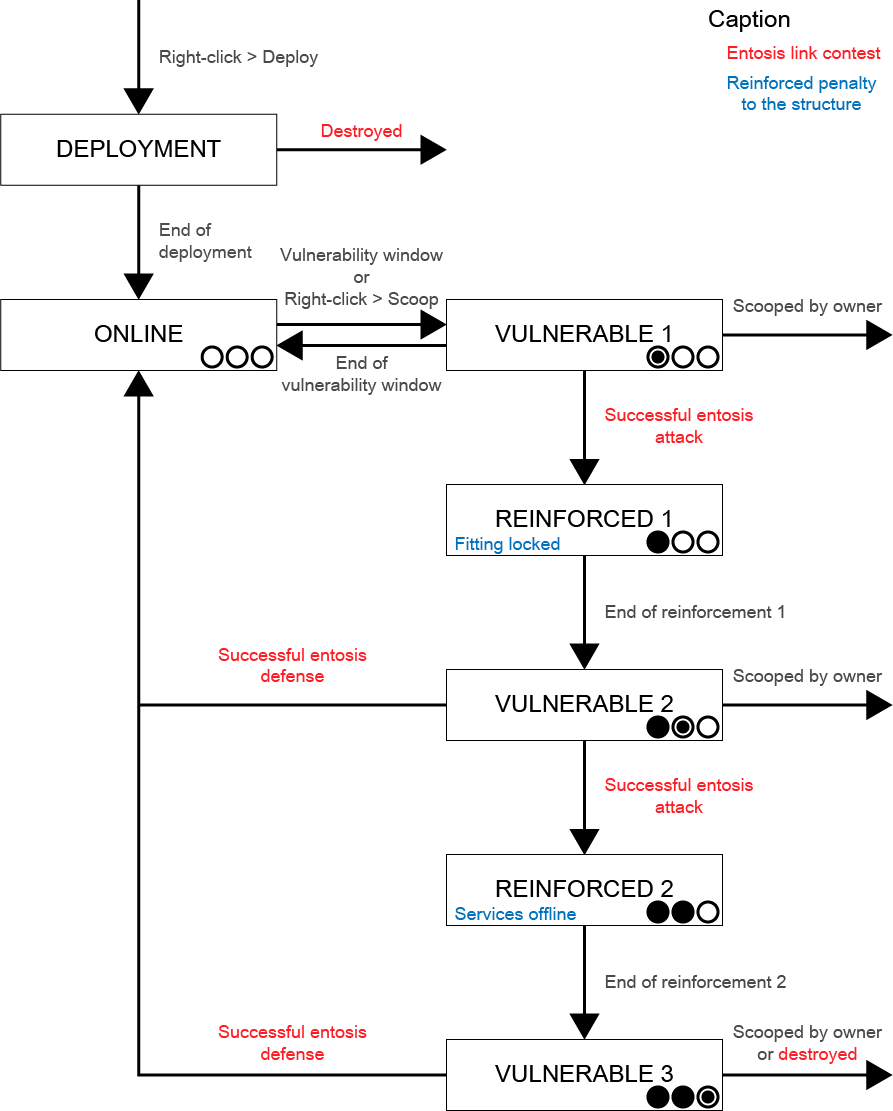 All structures will have a deployment time, which will vary depending on the structure size and type. The larger or more impact on the surrounding the structure has, the more time is going to be needed in an effort to give various parties more time to react.

A new structure that is being deployed is totally vulnerable to entosis links, and any third party can come to disrupt it (for high-security space however, a war declaration is required not to suffer the wrath of CONCORD). The exact details on the attack process are explained under the “entosis link contest” below.

Current numbers to deploy Citadels, our first batch of structures, are:

Please note those do not require downtime to proceed, unlike existing outposts. It is also important to remember that scooping a structure will cause an immediate and full vulnerability window to begin. If a vulnerability window was already underway, it will refresh the duration to its maximum value. A structure going through a reinforcement timer cannot be scooped until it comes out of it.

A structure that is successfully deployed then enters normal operation mode. Players may use its services, dock, man the defenses or do whatever else is allowed by them. The structure also becomes vulnerable to attack during specific times.

In more details that means:

How players assign weekly vulnerability hours is entirely up to them, as long as they fill the quota. You could assign all hours consecutively if you dispose of enough manpower, or you could spread them out over multiple days. Hours have to be spent whole however, no weird split minute shenanigan is allowed. 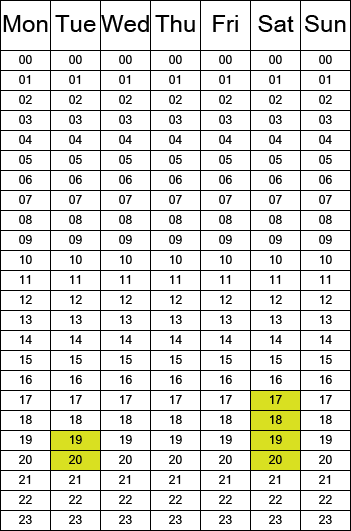 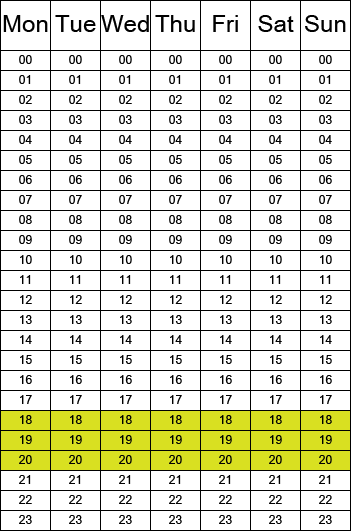 Current numbers for the weekly vulnerability window are set as follows and varies based on location or occupancy. Those numbers will most likely change with time.

Reinforcement timers last for a specific amount of vulnerability hours: 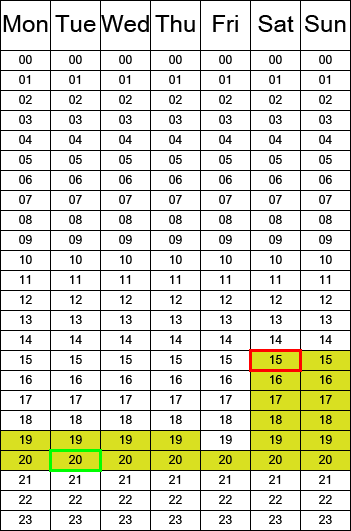 This type of vulnerability window does not appear in a regular operation state, and is a reactionary state appearing once the structure has been set into reinforcement at least once.

Entosis links are needed to be able to attack (or defend) a structure during its deployment or vulnerability window.

The entosis contest time will vary depending on the location where the battle takes place and if you are attacking or defending.

We also want to make sure all the previous states and phases are properly represented in the game.

Structure brackets are going to be visible in space and in the overview if:

Death is only the beginning

And that’s it on how to attack and defend structures. Please remember most of this is subject to change based on feedback and time, even if we’re are starting to see the light at the end of the tunnel. We would also like to thank the CSM for their time reviewing this particular feature with us. As mentioned at the beginning, our next blog is going to focus on asset safety, or what’s happening to your stuff when a structure blows up.

In the meantime, happy hunting and may the odds be in your favor.

Bandai Namco Vancouver will shut down

How to get Manifested Pages in Destiny 2

Trine 4 Announced for PlayStation 4, Xbox One, Switch, and PC